Bonkers bunker project is a concrete reminder of Hoxha’s rule

The Albanian leader was responsible for building 750,000 bunkers in a land one third the size of Ireland 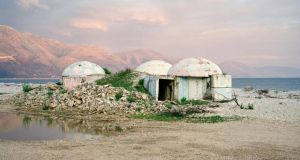 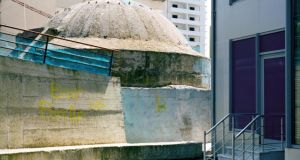 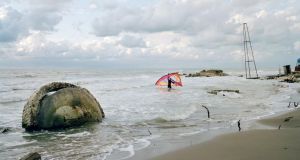 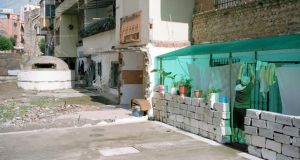 Everywhere across the landscape they lurk. Concrete reminders of the oppression and utter strangeness of communist Europe.

Following the stunning Afronauts exhibition, the Copper House Gallery on Synge Street in Dublin hosts Concresco, a series of photographs by the Dutch photographer David Galjaard that documents the forgotten, multiple bunkers scattered around Albania.

The bunkers are the legacy of Enver Hoxha, the leader of Albania from 1944 until his death 41 years later in 1985. Under his Stalinist regime, he wiped out and imprisoned political opponents and instilled fear in the population through his control and direction of the Sigurimi secret police. He also left an indelible mark on his country’s landscape.

Hoxha’s paranoia, coupled with his aggression towards neighbouring countries, drove a culture of watchfulness and vigilance. And one of the results of that was the bunkerisation of Albania.

They kept building them. Lots of them. Everywhere. In fact, the Hoxha regime was responsible for the construction of 750,000 concrete bunkers, a ridiculous project when so many other things, such as housing and roads, needed immediate attention. The number of bunkers is huge, especially in a country one third the size of Ireland, making it 23 bunkers every square kilometre.

In a country of three million people, most of the bunkers were built to house one person each, although many could fit far more. Some of them were designed to act as machine-gun pillboxes, as secure underground bunkers, as look-out posts, and as storage sites for weapons.

Citizens were heavily militarised during Hoxha’s regime. Of the country’s three million people, 800,000 served in the military or in defence in some form. In this context of heightened security and militarisation, these odd monuments to personal wartime protection may not have seemed so odd.

The bunkers were rarely used, aside from military exercises, drills, and, in the wake of the fall of communism, they found some use during the Balkan conflicts of the 1990s.

They were built everywhere imaginable – in fields of sheep, back gardens, at the bases of buildings, in school yards, on beaches, in vineyards – up until 1986, and fell into disrepair when the communist rule of Albania collapsed, as it did across Europe.

Today, most of the bunkers are disused, littering the landscape and providing a constant post-Cold War memory of Hoxha’s regime.

Occasionally, they are used. Some have been developed into well-kept houses, and even hostels. Bunkers have been incorporated into walls, out of necessity more than anything else, sandwiched between apartment blocks, battered by tides, upturned and dug out of the ground, smashed during building projects.

Others lie undisturbed and untouched as if time has frozen during an era many wish to forget.

They are a compelling visual gimmick for visiting foreigners, and Albanians have moved on from this spate of bunkerisation. Galjaard uses the bunkers to show the strides Albania is making in developing towards a more successful future. Now jaded artefacts, some still appear sinister, as if watching from the verges, a reminder of the stifling regime. Some almost look cartoonish. Others lie like hidden spaces waiting to be discovered.