Are psychopaths born or made, and can they be cured? 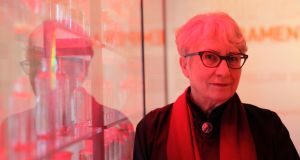 In 1968, surging with the heedless energy of the counterculture, the psychiatrist Dr Elliott Barker came up with a truly terrible idea.

At the Oak Ridge Asylum in Ontario, with the permission of the Canadian government, Barker gathered a group of dangerous psychopaths in a small room for a radical experiment in empathy. In this “Total Encounter Capsule”, he had them remove their clothes, take significant quantities of LSD, and spend the next 11 days screaming, thrashing and talking about their deepest feelings. What could possibly go wrong?

At first, very little. The inmates showed encouraging signs of change, speaking of remorse, compassion and rehabilitation. A couple of decades later, the numbers spoke for themselves: without the treatment, re-offending rates were as high as 60 per cent. But with it the figure rose to 80 per cent. “I did learn to manipulate better,” one child murderer recalled.

This extraordinary history is partly recounted in Horizon’s What Makes a Psychopath? (BBC Two, Tuesday, 9pm), presented by psychologist Uta Frith, which, in its own misguided experiment, briefly injects her into a recreation of the Capsule to observe.

It is unclear, even at that fake proximity, if Frith has taken the proper lesson from it, though. The Oak Ridge experiment reveals as much about the limits of those with empathy than those without it, showing the dreadful compatibility of remorseless manipulators and well-meaning dupes.

At least Frith is aware that her subject has a morbid entertainment value: psychopaths are “the stuff of nightmares” whom Hollywood has given “chianti or crossbows”. Hers is a more edifying mission to understand whether psychopaths are born or made, treatable or not. In this she is aided by chilling interviews with four apparent psychopaths in Indiana State Prison, conducted by someone else, which Frith watches on a television in a London flat so swish it would send Patrick Bateman into a murderous envy. She also has a much less revealing correspondence with infamous Moors murderer Ian Brady shortly before he died in May.

Frith, an achingly empathic presenter, is really our anti-psychopath. “I feel a degree of sympathy with the psychopath,” she says early, whom she believes has been dealt a bad genetic and environmental hand in life. That’s entirely true; but if not all psychopaths are serial killers (and vice versa), to dwell so much on contemporary fright figures gives the programme its own qualities of glibness, shallowness, susceptibility to boredom – characteristics you find on the psychopath checklist.

If Frith wishes to escape Hollywood horror titillation, it doesn’t help that director Rebecca Harrison has her write out the checklist on a windowpane, or stare so long and so meaningfully into her television screen.

Frith’s examination is inevitably inconclusive. Are psychopaths born or made? A bit of both. Is it a curable condition? Not yet, probably never. Inevitably, you begin to wonder instead about the personality profiles of those doing the examinations: the eccentric neurologist, the incentivising corrections officer, the researcher into the analogous behaviour of American presidents, or the scientist who ascribes sadism a monetary value (“It’s 44p for a shock.”)

Frith, for her part, is keen to convey how much she cares. The difference, as Barker finally understood, is that the psychopath doesn’t.