The meming of life: internet oddness, from Sad Keanu to Hitler cats 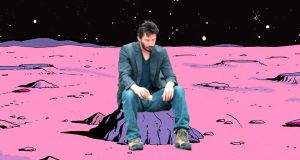 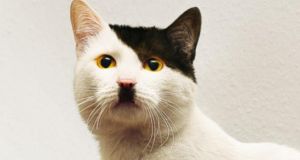 One of the internet’s many ‘cats that look like Hitler’ 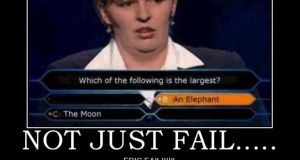 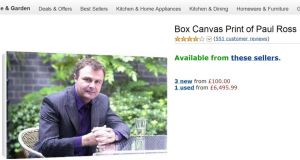 A box canvas print of Paul Ross, available on Amazon.co.uk 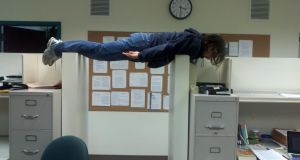 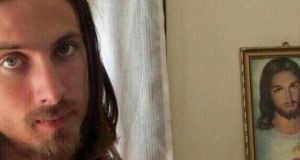 A selfie that has been doing the rounds on Twitter

Since we all live in the “internet” now, we decided to examine those internet-native cultural activities, leisure pursuits and art forms upon which future archaeologists will look and despair – or LOL or ROTF, depending how their work day is going.

To discuss internet artefacts, it’s obligatory to mention Richard Dawkins’s notion of the “meme”: the idea that cultural ideas, or memes, spread via social selection much like genes are spread by natural selection. Of course, this is just a fancy way of saying “some things are popular”. Here are some thoughts on things that have been popular online over the past decade.

THE SELFIE
It has been argued that the private self came into being around the 16th century when Michel de Montaigne began exploring his thought processes in essay form. The public selfie probably marks the end of all that. The future is clearly a pouting human face stamping on a non-pouting human face forever. If Montaigne was around today he’d forgo all that essay writing and just do a duckface with an Instagram filter. The word “selfie” is now in the dictionary and this is seen by some as a harbinger of the apocalypse. That said, Montaigne wrote some wonderful essays about the LOLsome behaviour of his cat, so I think he’d have loved the internet.

THE TWEET
In the first series of the sitcom The Mighty Boosh, way back in distant 2004, Howard Moon (Julian Barratt) tries to enter the literary world by impressing an author with a sentence he has been working on for some time. The idea that we’d all be carefully crafting solitary sentences was funny in 2004. Now we have the social network micro-blogging site Twitter, a sentence-length literary medium, largely considered the repository of all knowledge and debate by 24-hour news services hungry for content. People have written some genuinely lovely Twitter poems, by the way, using the 140 character restriction as a haiku-like challenge.

The power of these superfans is such that they are being increasingly courted by culture producers, and their work is now referenced in television shows such as Sherlock. Terrifyingly, the sex-romp Fifty Shades of Grey actually began life as Twilight fan fiction (this isn’t a joke).

LOLCATS
The Lolcats phenomenon emerged around the mid-noughties with “I can has Cheezburger” a moving piece in which an excited pussy cat seems to consider the possibility he “can has cheezburger!” thanks to the superimposition of letters attesting to this fact (scientists say that we can’t really know what that cat was thinking).

Soon, other grammatically challenged, Impact-captioned and comically demeanoured felines proliferated, as well as a rash of other popular “image macros” such as “It’s a trap!” featuring Star Wars’s amphibious David Cameron lookalike Admiral Akbar. And don’t get me started on all those cats that look like Hitler. Chilling.

INDIGESTOBLIVION
Sad Keanu, feminist Ryan Gosling, Tough Chuck Norris, Miley Cyrus on a wrecking ball – sometimes a celebrity becomes lodged in pop culture’s digestive tract (the internet) and no amount of burping (microblogging) will clear it. So a photo of Keanu Reeves eating sandwiches on a bench radiates ennui and is repeatedly recycled in new ways as “Sad Keanu”. Chuck Norris’s toughness becomes an ongoing digital lark. And Ryan Gosling’s inscrutable hotness becomes a delightful vehicle for feminist theory, despite Gosling looking like a bestubbled pink balloon (I’m not jealous of Ryan Gosling. This is a fact).

GIFs
It’s nearly 27 years since Steve Wilhite at Compuserve invented the animated GIF (graphics interchange format). Then early adopters tastefully festooned their newfangled websites with short animations of flickering fires and dancing bananas. The genre was re-embraced in the mid-noughties and now it’s a staple of sites such as Buzzfeed. It’s the stately antique of the digital world and artists like Reed + Rader take the form very seriously indeed.

HIJACKED THREADS
Comment threads are often the province of a self-selecting group of, depending on your point of view, “free-thinking individuals” or “loons”. This leads to complicated, self-reflexive, meta-threads that can induce migraine in newcomers. Which is why it’s brilliant when online discussions get hijacked by a surreally satirical joke – such as the enthusiastic Amazon reviews beneath this box canvas print of B-list UK celebrity Paul Ross: iti.ms/1a0y6MO.

My favourite: “I recently had a horrific house fire & only had time to save 2 things – I chose this & one of the twins!”

WHISPER VIDEOS
In the last decade an internet community gathered in praise of soothing voiced 1970s American television painter Bob Ross. These whisper aficionados identified an as-yet-unverified neurological phenomenon called automatic sensory meridian response (ASMR), in which the sound of a soft, near-whispered voice causes pleasurable tingles across the spine and scalp of a lucky few. In response, there are now hundreds of YouTube “whisper” videos, many with thousands of hits, in which whispery people recreate mundane experiences like a trip to the travel agent or the hairdresser in order to trigger ASMR in fans. Deeply weird and strangely compelling.

PLANKING, OWLING, HARLEM SHAKING
Planking, where people video or photograph themselves lying perfectly horizontally like planks; owling, where people perch on things like an owl; Harlem shaking, where people film themselves going buck wild to a song called the Harlem Shake. When looked on in isolation, these activities are signs of mental collapse, however when thousands of people do these things online it’s “digital folk culture” . . . and also, possibly, a symbol of mass societal collapse. This year I’m going to start a new one – “culling”– whereby anyone still doing any of those aforementioned things will be humanely destroyed for the good of the species.

CONSPICUOUS EMPATHY
Back in the gilded age, the economist Thorstein Veblen observed that the leisured classes didn’t spend money because they needed things, but in order to be seen consuming. It was a cultural activity: “conspicuous consumption”. In the internet age the leisured classes (ie anyone with the time to be on Twitter or Facebook all day) enjoy liking and favouriting and offering unsolicited support to unverified strangers in order to be seen to care. It’s conspicuous empathy, it’s probably harmless and it’s all the rage.

RECREATIONAL TROLLING
Okay, this is genuinely how the internet was first explained to me in 1994: “It’s great! You can go to these ‘message rooms’, pretend to be stupid and annoy right-wing Americans.”

The explainer didn’t realise it, but he was pioneering the art of “trolling”, whereby people feel better about themselves by adopting straw-man positions to enrage strangers. It’s something people have wanted to do since ancient times, although in antiquity when someone said: “I’m going to the next town to mock their gods and insult the womenfolk” you usually didn’t see them ever again. Some people, such as the Scottish comedian Limmy, do it very well.

LIFE-HACKING
For those in search of the good life, there’s currently a vogue for crafty, solutionist soundbites in lieu of reflection and work. A “life-hack” is another way of saying “a good idea” but how good these ideas are is questionable.

Viral life-hacks – such as faster ways to tie shoelaces or open beer bottles – can be almost poetic in their pseudo-intellectual/anti-intellectual daftness, and they call to mind Viz comic’s Top Tips. “Don’t know whether to write ‘affect’ or ‘effect? Use ‘impact’ instead,” read a recent example. Brilliant.

LISTICLES
Following a continuous narrative can be difficult if your nerve endings have been cauterised by too much screen time. So writing is increasingly coming in a list format. However, we would never do that at The Irish Times.

ELECTRONIC ETHICAL EQUESTRIANISM (EEE)
I invented this term myself. It refers to getting up on your digital high horse. Is there anything more enjoyable than losing one’s shit over someone being wrong on the internet? There is not. “What does this guy know? Half of these things are over a decade old?” Mount your digital high horse and ride into battle! EEE!