Transmission review: One-woman show examines the consequences of our quest for progress

Dublin Fringe Festival: Caitríona Ní Mhurchú uses her past as prompt for philosophical exploration of nature of time 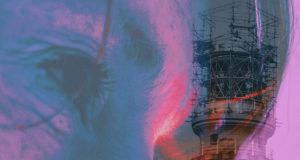 Abbey Theatre on the Peacock Stage
★★★★☆
There are diffuse threads that run through Transmission, a one-woman show from Caitríona Ní Mhurchú which uses her past as a prompt for a philosophical exploration of the nature of time. Ní Mhurchú started her career as “Caitríona Ní Virtue”, a much loved continuity announcer for RTÉ. Performing live for the nation every evening, she was a familiar face and vital companion to hundreds of thousands of TV viewers, but her role was slowly made obsolete by new technologies. At around the same time, Ní Mhurchú’s grandfather, a lighthouse keeper, also found himself engineered out of a job, as automated systems replaced the human touch at watchtowers around the country. What are the consequences of our quest for progress? Ní Mhurchú asks, as she stuffs physical artefacts of her past into a wastepaper basket, hoping to take back time by divesting herself of stuff.

Archival footage and atmospheric video design from Jason Byrne create a potent visual reminder and reenactment of lost histories, while the presence of Ní Mhurchú’s mother, a swivelling beacon, in robot form on stage, enacts a compelling counterpoint to potential sentimentality. Director Gina Moxley encourages some lovely physical moments – an office chair is rowed rhythmically across the stage, the lighting operator serenades us briefly during a “technical failure” – while sound design from Niall Toner draws links between the physical reality of the onstage performance and the past and future narratives Ní Mhurchú’s script calls to mind.

Transmission, Ní Mhurchú tells us in the closing moments, is “a way of communicating with one human being to another”, of connecting people, of bringing them together. Sitting in the Peacock after six months of stage darkness, it is also a rallying cry for the preservation of the live event.

Runs as part of the Dublin Fringe Festival until Saturday, September 12th