Louis CK review: A man out of time, and an empathetic everyman

The comedian cuts to the quick with a riff on suicide, but its dark material that’s deftly handled throughout 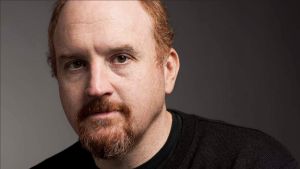 After good support from Comedy Central-linked Joe Machi, Joe List and Rachel Feinstein, Louis CK steps on to the stage, and proceeds to open with an exploration of the value of suicide.

Why don’t more people do it, he asks, giving us several reasons why one might, following the thread of the current state of things, folding in Islamic State and a man with a bag for a car window: “Look, I’m 48, I’ve flipped through the life brochure, it’s not a big deal.”

Leavening, he riffs on his love of naps – “it’s like where you kill yourself and take it back” – and, as he looks out on vto the thousands gathered, “you’re a part of the human race who didn’t kill themselves today”, picking up that thread once more.

Louis CK’s threads and fault lines reflect an existential vision, a vision that equates the story of Achilles’ heel with the thanklessness of being a parent. However, for all the stress parenthood brings, he says his children were the best thing that came out of a bad decision (his marriage), suggesting that life can be so positively random, that we’d be foolish not to continue on its path.

CK is so compelling because he is both a man out of time, and an empathetic everyman. Those dark, twisted thoughts you’ve had? He’s been there, but tells us that his teenage experiences taught him “a high capacity for pain”, getting him into the kind of situations that partly fuel his brilliant show Louie.

His verbal dexterity sets him apart, bringing to mind the great George Carlin, and the remainder of his set takes in Elizabethan parlour games, how Christianity has “won everything”, Prozac for dogs, and considering his sexuality, enlivened by the trailer for Magic Mike (he can’t trust himself to watch the actual film). His identity also brings rich material, taking in Mexico, Hungary, Ireland and Boston, feeding his fascination with stereotypes, nudging us to consider racism through a verbal version of sleight of hand.

And as he asks us to “clap if you’ve had one shitty day this month” to which everyone responds, he brings us back to his thoughts on suicide, and the value of still being here. It’s remarkable.