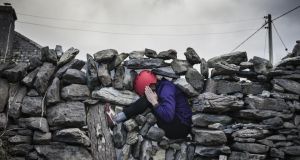 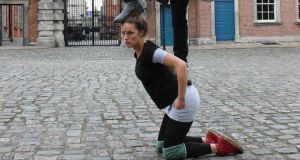 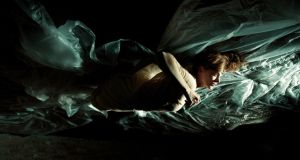 When French Aerospace needed someone to teach astronauts how to move in zero gravity, it didn’t hire a scientist. It hired a choreographer.

For Galway dancer-in-residence Ríonach Ní Néill, this is just one example of how choreographers can use their kinaesthetic intelligence to offer insights into the supposed parallel worlds of science and humanities. For the past three years, she has facilitated dialogue between these disciplines through Galway Dance Days, a dance festival with a public and academic reach.

“I want to encourage more understanding of dance and movement practice as a research tool, not just as a performance,” she says.

For three days, world premieres of site-specific performances, installations, workshops and a symposium called Corp_Real will bring together dancers, artists, academics and, most importantly, the general public. Previous Galway Dance Days festivals have focused on neuroscience, philosophy and dance, and last year it was part of a geography conference. Environment is a strong strand of this year’s programme: it features the premiere of Founder , a marine-themed dance created by Maria Nilsson Waller in collaboration with Galway-based marine scientists; and a field trip by psychotherapist and movement therapist Bernadette Divilly that illustrates how somatic practices can inform urban planning.


Urban geography
It’s not surprising that the built and natural environment feature in Ní Néill’s curatorial plans. Before embarking on her successful dance career, which has included four years as a member of Germany’s oldest dance company, Tanztheater Bremen, she completed a postdoctoral fellowship in urban geography.

“I think I’m hard-wired to look for the particularities of place, and spatial interconnectedness. Without it being intentional, quite a few of my works have been about what makes a space a place, and the particular relationship between people and place,” she says.

This, she claims, can make her work seem closer to documentary than performance, but it can also can give it universal appeal. A good example is her first film, The Area , co-directed with artist Joe Lee. It features members of the over-50s dance club Macushla, dancing in desolate sites in a small Dublin neighbourhood that are heavy with the emotional memory of previous bustling times. It was chosen for the prestigious Dance on Camera festival in New York’s Lincoln Centre and won best film at the Cinedans Festival in Amsterdam.

In Galway, Ní Néill has taken dance outdoors and into ghost estates; this weekend features performances in a shopping centre and a vacant office building that has been taken over for the festival. “These places are part of our everyday experience, so instead of having to go somewhere removed from daily life to see dance, I think it can have quite an impact for dance to transform everyday landscapes,” she says.

“We are in a time of turmoil, old solutions don’t work, and it feels like dancers are asking questions, getting involved directly with social issues and making dance to effect change,” she says. “Some of those in the forefront of this are women, and in Ireland there is a blossoming of female choreographers who are not afraid to call themselves feminists, to tackle taboos, and who are presenting more nuanced and diverse stories of and by women. I think they are changing our aesthetics, bringing an unapologetic, raw and often autobiographical honesty to dance.”

Choreographer Emma Martin and artist Michelle Browne are collaborating on My Methyl , based on their personal experiences of motherhood and on research on genetic material that asserts that a mother’s behaviour can alter the genetic function of their offspring. Ella Clarke has been working with young people from disadvantaged areas on a street performance called Riot Choreography , while Deirdre Murphy’s Anti-Capitalism: The Musical takes a swipe at unchanging social and political conventions.


Symposium element
There’s a similarly diverse mix to the speakers and topics at the Corp_Real Symposium, from Embodying the Morals of Magdalen Ireland, 1922-1996 to a discussion with Carola Wingren, professor in landscape architecture at the University of Sweden. Wingren collaborated with Ní Néill on a Swedish-government-funded research project on designing for possible sea-level rises, which involved landscape architects, geographers and environmental experts.

“She was aware of the contribution dance could make and of how dance could directly engage the public in facing these possible threats. I was joking that, through the dance performance, I was softening up the public before science hit them hard.”

Galway Dance Days shows that dance artists can be intellectual equals to the sciences and humanities. The Cartesian duality of the thinking mind versus the feeling body has been dispelled as kinaesthetic intelligence receives rightful recognition, changing perceptions in academia and with the general public. “I think audiences don’t just want to be entertained, but to think, and be challenged,” says Ní Néill. “If you invite them into your process, they are happy to take risks with you.”

So what is the meaning of Lowery’s existential fable ‘A Ghost Story’?