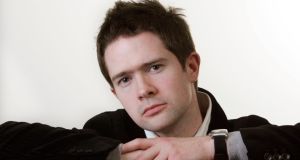 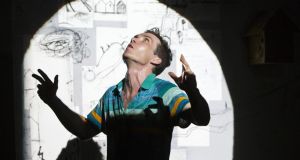 In a year of some huge achievements and high-profile premieres, such as the gathering force of Druid’s startling Bailegangaire, or the brain teasers of Enda Walsh’s unsettling comedy Ballyturk and Mark O’Rowe’s Our Few and Evil Days, the Abbey Theatre, my mind keeps returning to the sheer energy, commitment and steely purpose of Punk Rock at the Lyric or the lyrical and adventurous Twelfth Night at the Abbey. For harrowing performance, Aoife Duffin in Corn Exchange’s A Girl Is a Half-Formed Thing is hard to shake off – and for breezy and beautiful autobiographical story weaving, Sonya Kelly’s How to Keep an Alien.

It was hardly a disaster, but the sheer expectation around Rough Magic and Opera Theatre Company’s Rise and Fall of the City of Mahagonny, generously endowed by Sky Arts, couldn’t deliver.

Emmet Kirwan has always been an actor of note, but his debut as a writer, Dublin Oldschool, announced a remarkably fresh voice. Melding hip hop and spoken word, with a focused eye for character and detail, his play about two brothers (performed next to the equally superb Ian Lloyd Anderson) and an odyssey through Dublin’s dying parties began at the Tiger Dublin Fringe and was revived at Project Arts Centre.

Commemorations of the outbreak of the first World War. The Abbey’s Heartbreak House, a complicated and shattered work, was an honourable, challenging, oblique exception, but otherwise you could spend long enough bunkered down with Birdsong, War Horse and How Many Miles to Babylon to develop a serious case of trench foot.

Carl Kennedy and Tom Lane, ironically, who delivered some of theatre’s most consistently brilliant sound design and compositions.

If David Ireland, the Northern Irish playwright, can’t offend someone with his Republic of Ireland debut with Rough Magic, we have problems. Also, new work from Amy Conroy, Hammergrin and Dead Centre, some tantalising collaboration at the Abbey, with Gavin Quinn behind A Midsummer Night’s Dream, and Annabelle Comyn and Mark O’Rowe’s Hedda Gabler. But Decadent Theatre has a double coup: Martin McDonagh’s The Pillowman and a new adaptation of DBC Pierre’s Vernon God Little.