Pat Kinevane: On My Culture Radar

Actor on his favourite New Zealand city, his appreciation of Niall Buggy and dancing at ‘Dreamgirls’ 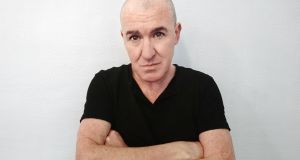 Current favourite book?
I’m reading Fear Not, a beautiful book of poetry by the young Dublin poet, Stephen James Smith. I’ve liked him for a couple of years and I’ve seen him perform. You could argue he’s responsible for the resurgence of spoken word. The collection of poems in the book is beautiful, he’s really tender but powerful.

Restaurant
I love the Mamma Mia at 10 St Stephen’s Green, which does gorgeous Italian food – really simple and delicious, and reasonable for what you’re getting. I’m vegetarian, and I have been for a very long time, so I love their pizza which is really thin and had lots of aubergine. The tomatoes in their bruschetta are gorgeous too. I love all Italian food, but I have to be careful to watch my belly.

Comedian
There’s a Dublin actor/comedian called Amelia Crowley. She hasn’t been on the road for while but I hope she comes back. I saw her at the International Bar and I really got her, and I’m waiting for her to reappear somewhere. She’s honest but has a great hilarity to her, and she doesn’t take herself too seriously.

Play/musical
The last musical I saw was Dreamgirls in the Savoy in London. It’s loosely based on the story of Diana Ross and The Supremes. I saw it when Amber Riley from Glee was starring in it, and blew the head off my shoulders. I’ve never been in a crowd where the audience got up and were dancing and singing along. The music was brilliant too, I’ll never forget it.

Artist/designer
Brian Fay is a wonderful Irish artist. The last I saw of him were black and white drawings at an exhibition and they were intricate, delicate and absorbing.

City
I’m lucky that I can travel a lot for work, and last year I went to Christchurch, New Zealand. It’s the other side of the world and we don’t hear that much about it, but parts of it are still devastated after the 2011 earthquake. They’re rebuilding their city now and it’s a heroic effort. I found it inspirational: if they can build themselves back up and rebuild themselves with dignity, all of us can.

Album
Last year when I played in Warwick, Alison Moyet was playing in the theatre next door. The security guys snuck us in to her show and it was stunning. I bought the album, Other, and it’s one of the highlights of the last decade. Her voice is better than ever on it. The Rarest Birds is one my favourite songs of all time.

Actor
My favourite stage actor is Niall Buggy. I’ve always looked up to him. When I started off in Dublin 30 years ago, he was flying high, and he still is. He has an amazing gentility and a great range as an actor. He can play anything. I saw him a few months ago in On Blueberry Hill, a two-hander which he played with David Ganly. I was transfixed, I was completely taken out of myself by the performances, especially Niall’s. As an Irish actor, I was really proud of him.

Gadget
About a year ago I got a Beats Pill, which is a Bluetooth speaker. I can just put my phone on and play my music through it. I’ve taken it on tour, I’ve dropped it, I have it my dressingroom, I have it when I’m rehearsing, I take it into the kitchen or bedroom or wherever. The sound is amazing. It’s probably my most-used purchase, because I love my music.

Film
Maleficent is magnificent. I’m not a huge cinema-goer but I saw it on Netflix. I was surprised by it; Angelina Jolie  starred in it, and it’s beautifully told. It’s a spin-off of the Sleeping Beauty story, just like Oz: the Great and the Powerful is a spin-off of the Wizard of Oz story. I can tell why Angelina chose it, her heart is in it.

Before, a Fishamble production, is on tour nationwide until February 22nd 2019. See www.fishamble.com for more info.