The list of winners represents a shift in the scales of traditional music, with four of the six individual awards going to women 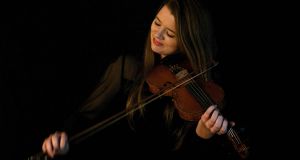 The Young Traditional Musician Of The Year Award goes to a Glaswegian fiddle player and singer with strong Donegal roots, Claire Friel. 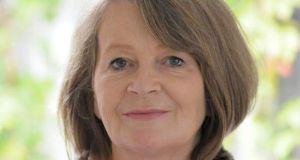 Pádraigín Ní Uallacháin’s most recent project has been the establishment of the Oriel Arts website (orielarts.com).

Gender balance has never been one of traditional music’s strong suits, and down through the years, women’s contribution has too often been ignored. But just as the wider world is waking up to its true meaning, the traditional music firmament is also beginning to acknowledge some key female players, singers and researchers whose contributions have coloured our musical arts.

Women dominate the 2018 TG4 Gradam Ceoil Awards like never before. Four of the six individual awards go to women, with Scottish fiddler and singer Claire Friel receiving the Young Traditional Musician Of The Year and Pádraigín Ní Uallacháin, singer, song collector and academic, receiving the Lifetime Achievement award. Both women bring a wealth of riches to the tradition. In their midst is Frankie Gavin, the Traditional Musician Of The Year.

Pádraigín Ní Uallacháin’s most recent project has been the establishment of the Oriel Arts website orielarts.com. It’s a rich source of information and of performance and a thing of rare beauty. It took its own time to gestate.

“It arose out of research I published in A Hidden Ulster 13 years ago,” she says. “I’m an independent scholar, and it’s the culmination of a process to reclaim and renew the tradition in Oriel, which had been forgotten. I felt I was the only person who could do it. It was a systematic programme of work to bring this material back to the mainstream tradition, so the musicians and singers could go to the sources and sing and play music from the Oriel tradition, which had been forgotten.”

Oriel is a region that straddles the borders of Armagh and Louth, and unlike Sliabh Luachra or Donegal, its music has existed below the radar for too long, Ní Uallacháin believes.

“That was very much connected to the dying off of the language,” she says. “Both the harp and the song traditions were oral traditions. Once the language disappeared from the vernacular of the people, there was a collective Alzheimer’s-like memory loss. So this Oriel Arts project was a reclaiming of that. It’s a combination of honouring the past, and renewing it for contemporary musicians.”

This TG4 Outstanding Contribution/Gradam Comaoine resonates deeply for Ní Uallacháin. She has a keen sense of the wealth of wisdom that women singers over the age of 50 bring to the tradition.

“It’s always nice to get recognition,” she says. “We’re all very human. An award like this coming at a certain point of your career is very nice because it means that your work is recognised as public work, not personal. And I’m very conscious of doing work for public benefit.”

The Traditional Musician of the Year Award goes to fiddle and flute player and founder of De Danann, Frankie Gavin, whose musical virtuosity was evident from a young age. He spent much of his youth travelling to competitions which, he believes, played a key role in honing his musical chops.

“I think that going to competitions was good for us,” he says. “It got us up on a stage, and I enjoyed that. Of course we got nervous, but once you start playing, the nerves leave. It’s the same today. If you’re not nervous before a performance, there’s something wrong. Nerves are a good thing. It’s the adrenaline firing up.”

These days, Gavin finds time for some teaching, but the live performance is the thing. “It’s a real privilege to be on stage and playing to the best of your ability for people. Taking them away from the troubles and tribulations of daily life. You just have to look at the expressions on people’s faces. They take on a new glow. Their eyes light up. And that what it’s like that for us too, playing.”

For Gavin, his deepest musical affections are rooted in the 1920s. “I really love what The Flanagan Brothers [a Waterford banjo and accordion duo who emigrated to New York in 1911] did back then,” Gavin says. “I’ve often said I’d love to have lived during that era. The music hall thing appealed to me: the clothes people wore, the suits, the top hats, the long coats. Bring that back, I say.”

The Young Traditional Musician Of The Year Award goes to a Glaswegian fiddle player and singer with strong Donegal roots, Claire Friel. Her commanding fiddle style and sensitive singing are reflective of a musician with a strong sense of both place and identity.

“We’ve had so many influences from people like Ciaran and Mairéad Mooney, The Campbells and Danny Meehan, so that kind of fiddle playing has come very naturally to me,” Friel says. “I think a lot of my softness in my music can be heard in my singing, and then I can just rip into a set of tunes on the fiddle. It’s not conscious at all. When I sit down to play a few tunes, I can’t help but feel so much excitement for the tunes, that I have to do them justice.”

Songs mine her emotional depths, she admits. “The airs of songs just lend themselves to putting real emotion in. The melodies are heart breaking, and so many of the songs are about emigration. They’re songs our family would have been singing for years, so there’s something very special about singing them.”

Friel is adamant that one of the key components of becoming a good musician is to develop a keen ear. Her tips for young musicians?

“Listen to what you love, and play what makes you happiest.”

The Gradam Ceoil TG4 2018 gala concert and award ceremony will take place in the Belfast Waterfront on February 4th, 2018. Recipients will be joined by a line up to include De Dannan, Pádraigín Ní Uallacháin and many others. See waterfront.co.uk. The concert will be broadcast live on TG4 from 9:30pm

And the Gradam goes to….

And a special once-off award to The Field Marshal Montgomery Pipe Band: in recognition of their excellence in piping.

Keith Jarrett: ‘I was paralysed. I don’t feel right now like I’m a pianist’
2