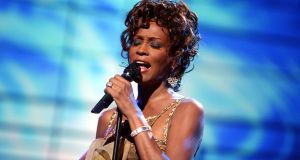 Whitney Houston’s mother Cissy and Dionne Warwick have published a joint statement saying that claims of sexual abuse of Whitney as a child, by her cousin Dee Dee Warwick, are “unfathomable”.

The claims were made in Whitney, Kevin McDonald’s documentary feature about the singer, who died in 2012 following a history of drug use. Houston’s half-brother, Gary Garland-Houston, alleges Dee Dee molested him and Whitney when he was aged between seven and nine, claims corroborated by Whitney’s assistant, who said the singer told her she was “molested at a young age” by a woman. Dee Dee died in 2008, having also had a history of drug addiction.

“We cannot overstate the shock and horror we feel, and the difficulty we have believing that my niece Dee Dee Warwick (Dionne’s sister) molested two of my three children,” the statement reads, written by Houston. “Dee Dee may have had her personal challenges, but the idea that she would have molested my children is overwhelming and, for us, unfathomable.”

She adds that she, Dionne and Whitney’s brother Michael had never heard of the allegations before. “We cannot reconcile the public’s need to know about Whitney’s life as justification for invasion of her privacy or the charge against Dee Dee, a charge which neither Whitney nor Dee Dee is here to deny, refute or affirm,” she writes, calling the claims in the film “rumour, innuendo and hearsay”.

Unlike Nick Broomfield’s 2017 documentary Whitney: Can I Be Me, McDonald’s documentary was approved by the Houston family. Cissy Houston acknowledges this, but adds: “Neither my son, Michael, Dionne nor I knew of the allegations of abuse, the direction the film would take, until two days before the screening at Cannes. ”–The Guardian

Mild-mannered he may be, but Matt Cooper will go 10 rounds with anyone
4