‘When I started at the BBC, I expected to last no more than three months’

Annie Nightingale on being a DJ at 80, what matters and her latest memoir 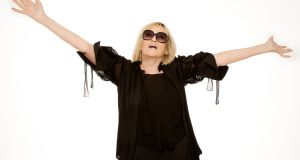 Annie Nightingale: “We don’t need expensive clothes or flashy stuff. If ever we need to look after each other and care about each other, then this is absolutely the time.”

Annie Nightingale attributes her lengthy career to “continually looking forward and not backwards. That approach has been crucial in career terms. When I started at BBC Radio in 1970, I genuinely expected to last no more than three months.”

Fifty years later, Nightingale still operates the desk as the station’s longest-serving broadcaster; she also holds the Guinness Book of Records Award for the longest-ever-running radio show. In the 2020 new year honours list, announced in January, she was awarded a CBE (Commander of the Order of the British Empire) for services to radio broadcasting, the only BBC1 broadcaster to receive the honour.

“They say to me now that I was ‘relevant’. That seems to be the magic word. I’ve always been very interested in listening to new music, discovering new music acts, playing their music on my radio shows, and I still am.”

Nightingale, a hale and hearty 80 year old, is chatting 10 to the dozen from her London home. Ever the promo-savvy media type, she mentions her new memoir, Hey Hi Hello (“as I say in the book . . .”). It is her third autobiography (Chase the Fade was published in 1981; Wicked Speed in 1999) and the one that will, most likely, be her defining statement.

The book covers a lot of ground, from the Beeb years and  close encounters with the likes of Jimmy Page, Marc Bolan, John Lennon and – a clear favourite – Paul McCartney. She sticks closely to her career, pointedly leaving aside her personal life. Some of the stories meander and some have little point, but there’s no doubting that for some decades Nightingale was right in the middle of the formation of pop culture.

She began her media odyssey as a finger-on-the-pulse-of-pop-music journalist, writing for tabloid newspapers (Daily Express, Daily Sketch) and women’s magazines (Cosmopolitan, Petticoat). Contributions to BBC television (Juke Box Jury) and the station’s Light Programme (Woman’s Hour) altered rapidly when Radio 1 was established in 1967 as a brusque response to the popularity of pirate stations such as Radio Caroline and Radio London.

Within three years, Nightingale was part of the station’s roster.

“I wore them down,” she says of her strategy to become the station’s first female DJ. “I just kept on asking the powers that be for a presenter slot. It got to a point where they realised they had to take me on because they were under so much pressure of being sexist. But I was incredibly proactive, too. I circled around waiting for someone to take a few sick days off or go on holidays so that when the bosses were looking for a temporary replacement it was my name that came up. I knew there was no point sitting at home waiting for the phone to ring because it wasn’t going to.”

Female DJs, Nightingale was informed by the Beeb, were incompatible with the perceived listenership. Bewildered why they thought a woman would be unsuitable, she was informed “that male DJs were substitute husbands for housewives during the day while their husbands were at work”. Nightingale, a divorced mother of two children, considered this “a very outmoded attitude”.

The 1960s may have been swinging like a string in the wind but many Beeb bosses were stuck to the spot. There were reasons, of course. Nightingale points to a postwar mindset. “The men who had been working at the BBC were essentially technical sorts with military or immediately postwar attitudes. Because of the engineering elements involved – frequencies and so on – a lot of them were former RAF, so there was a lack of understanding between men of a certain age and background and young people.”

She says she didn’t experience innate misogyny but rather an awareness of men not really understanding what women needed or wanted. They viewed women, she imparts, “as very much the housewife that would stay at home while their men went to work”. It was simply the way it was, she states.

“I had grown up seeing my friends’ mothers living, ultimately, unhappy lives. Back then, the belief was that women were supposed to be happy with all of these time-saving household appliances, regular trips to the hairdressers, a new car, holidays to Spain. They tried to live that life, but my experience is they weren’t content. They had very little, and they were lonely. Their daughters and sons who came of age throughout the 1960s had the freedom, not their mothers.”

Throughout that decade and the next few, her media profile increased and then settled comfortably near the top. Music scenes and movements came and went, but Nightingale surfed each one safely to shore. In the late 1970s she became the main presenter of The Old Grey Whistle Test, replacing “Whispering” Bob Harris and his music tastes (blues, county, prog rock) with punk rock and new wave.

Eloquent, articulate and (more crucially) interested and informed, she subsequently added to her presenting portfolio a reputation as one of the most in-demand DJs on the UK and European festival circuit. She currently spends her working hours playing music that is broadcast simultaneously on the BBC stations Radio 1, 1Xtra and Asian Network.

Along the way, she has maintained – and been utterly discreet about – her alliances with various well-known pop and rock stars. She remains friends with Paul McCartney, who memorably called her live on air during the broadcast of The Old Grey Whistle Test the night after John Lennon died. She toured the globe with The Police and had the time of her life in Montserrat with Duran Duran.

All of this is worn lightly by Nightingale, not irrelevant but not hugely important to her, either. “You have to be careful not to gloat because the audience will hate you,” she informed Radio Times some years ago of her moderate jet-set media lifestyle. “And I would have hated me, as well.”

What is more central to her life right now, she says, is life during Covid-19. “I’ve changed so many of my priorities over the past six months. I’m lucky – I have a roof over my head, I have a job, an income, food on the table, but Covid-19 has taken that away from many people. What the past six months have taught me is that you have to get back to basics. So much doesn’t matter anymore – we don’t need expensive clothes or flashy stuff. If ever we need to look after each other and care about each other, then this is absolutely the time.”

Nightingale has another interview lined up, and it’s time to say hey, hi, goodbye. What words of advice, I ask before she hangs up, would she give eager wannabe media folk and/or radio presenters? Her answer is shrewd and instructive.

“As a naive teenager I thought folk succeeded in their chosen careers because it was easy for them, they had a natural talent. The dirty secret, of course, is this: it’s the grafters who get on, and usually a lot further than those with raw ability but little application.

“So, hang in there! Hover in and around. Be the person they want when time and opportunity crop up.”

“I listen to new music – I don’t have time for the old. I start in the mornings and carry on during the day, but there is never enough time to listen to all of it. My show is all new music – it’s genuinely what I’m interested in. There are plenty of shows on the radio that cater for the greatest hits, the golden era of pop music and all of that, and that’s fine but I’ve heard them all. I want to hear what’s coming up next. I think that’s the main reason why I’m still on Radio One.

New music that mostly appeals to me right now is trap and future bass, which to me are sub-genres of electronic dance music with a bit of hip-hop thrown in. Some of the acts might have names similar to what you think metal bands would have – Ghastly, Nghtmre, Snails – but a lot of it is very melodic and synthy. I love the way it’s developing globally, too.

Another music act I love is Billie Eilish – I mean, seriously, what can you say about her? She’s fascinating, brilliant, so young to be so good. And so, of course, are Fontaines DC. I can’t not mention them!”

A line-by-line, death-by-death reminder of the evil of the Troubles
8