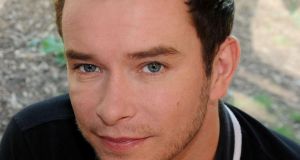 Dublin City Councillors have unanimously passed a motion to rename a park after Boyzone member Stephen Gately who died almost 11 years ago.

The six hectare Royal Canal Linear Park Linear Park, which opened 10 years and runs alongside Spencer Dock, is to be renamed after the 33-year-old as he hailed from the area.

Gately died on October 10th 2009 at his holiday home in Majorca.

His mother Margaret, still lives in Sheriff Street where the late singer grew-up. His father Martin died three years ago.

Cllr Burke confirmed the motion was passed unanimously and would now go before the city council in the coming days.

“Stephen meant so much to the people of the area. He was a local lad made big and he never forgot that,” he said.

Earlier this week Gately’s mother gave her blessing for the park to be renamed after her son. She said she would love if that happened and would be so proud.

Band member Keith Duffy was thrilled to hear of the news, saying on Instagram it was “a beautiful way to remember the legend of Stephen Gately”, while fellow Boyzone veteran Ronan Keating tweeted “It would be just amazing to keep Stephen’s memory alive forever. Well done Dublin Council.”

Unthinkable: Do we have a duty to look after ourselves?
10