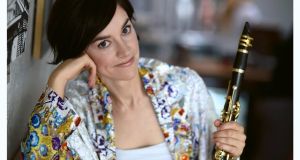 Kilkenny Arts Festival has announced full details of its 2018 programme which will run from Thursday, August 9th to Sunday, August 19th. It is the last programme from festival director Eugene Downes, who has used his five-year term to reinvigorate the festival’s classical music offering.

Downes ends in the style that he began, with a survey of work by a major composer. In 2014 he presented the complete Beethoven string quartets in performances by the Heath Quartet and the piano concertos by Barry Douglas with Camerata Ireland. He went on to survey Bach and Mozart, and in 2017 paired Schubert and Handel.

The festival opens with Opera Collective Ireland’s new production of Monteverdi’s The Return of Ulysses, the first full outing in Ireland for this great early operatic masterpiece. The opera will be staged in the Watergate Theatre and the cast is headed by Gyula Nagy as Ulysses, Raphaela Mangan as Penelope and Andrew Gavin as Telemachus. The Akademie für Alte Musik Berlin is conducted by Christian Curnyn. Patrick Mason directs, with set and lighting design by Paul Keogan and costumes by Catherine Fay.

The Akademie für Alte Musik Berlin also gives a separate concert of music from Monteverdi’s Italy, but the main orchestral concerts are by the Irish Chamber Orchestra in pairings of Beethoven with contemporary work – Sam Perkin and orchestral versions of late Beethoven quartets, and Jörg Widmann with the Violin Concerto and Seventh Symphony.

Bach also gets a look-in (the complete sonatas and partitas for solo violin from Brooklyn Rider’s Johnny Gandelsman). Chamber Choir Ireland presents a concert under Paul Hillier with the title Before Bach and After – naturally it includes some Brahms. And German baritone Benjamin Appl makes a welcome return for a programme of Schubert and Brahms. Full details are on the festival’s website, kilkennyarts.ie.

*** The last week in Dublin featured two festivals and the end of the National Concert Hall’s (NCH) current International Concert Series, and brought a breadth of repertoire that stands in starkest contrast to Kilkenny’s focused offerings.   On Tuesday the NCH presented the lean and lithe Würth Philharmoniker with Greek conductor Stamatia Karampini keeping her music-making on a tight rein. Her approach in Johann Strauss’s Fledermaus Overture was nicely sprung and though she did not always seem to be completely at one with violinist Maxim Vengerov in Bruch’s First Violin Concerto, the two went on to better things together in Saint-Saëns’s haunting Introduction and Rondo Capriccioso.

Vengerov himself conducted the big work in the second half, Shostakovich’s Tenth Symphony, where he gave a hugely impressive account of the long, brooding opening movement.

My second orchestral concert of the week was part of the Pipeworks festival and coupled Thierry Escaich’s Organ Concerto No. 1 of 1995 with Saint-Saëns’s Organ Symphony of 1886.

The concerto’s most memorable moments came in the first movement, a bubbling cauldron of activity out of which the soloist David Leigh emerged in blazing eruptions. St Patrick’s Cathedral is not the most hospitable of spaces for a symphony orchestra and while the general impression created in the symphony was fine, the filigree of the orchestral figuration was often far from neat. The organ’s big moments, of course, made the grand impression that the composer intended.

At the Great Music in Irish Houses I caught the two programmes that were mostly pre-occupied with contemporary music. Scottish guitarist Sean Shibe, who played at the Irish Waterways Dublin Docklands Office, promised anger in his spoken introductions. But his playing was about as well-mannered as you could ask for. He’s a performer who stands out for the clarity and shapeliness of his playing and even though he did bring some real grunt to David Lang’s Killer, he sounded even more persuasive in his selection of lute music from Scottish manuscripts.

New York-based Irish clarinettist Carol McGonnell’s venue was the Airbnb International Hub on Hanover Quay, a visually striking interior, but a barn of a place when it comes to acoustics and intrusive noises.   McGonnell played works by Giacinto Scelsi, Andile Khumalo, Ann Cleare and Allain Gaussin. Her performances were interspersed with apt words (including Beckett and Whitman) aptly spoken by Kathy Rose O’Brien, and two of the composers, Khumalo and Gaussain, were present for a post-performance Q&A.

What struck me during the concert was the way in which the four composers did not so much enter the world of the clarinet as seem almost to set out to create a whole new clarinet world of their own. It’s a tall order which reminds one of the height of the bar that so many living composers set themselves.

A concert performance of excerpts from Eric Sweeney’s opera Ulysses, to a libretto by Andrew Basquille, takes a rather simpler approach. Sweeney sounds to be too much in thrall to the words, and what was heard at the Unitarian Church on Friday seemed geared to the provision of atmospheric backgrounds. The most effective moments were those in which he slipped into ballad mode.

Dublin pianist Hugh Tinney ended the Great Music in Irish Houses Festival on Sunday at the Rotunda Pillar Room with a preview of the 60th-birthday programme he will tour next November. He was in commanding, ruminative form in music that ranged through Beethoven, Ian Wilson and Chopin and he ended with a time-stilling account of Schubert’s late Sonata in B flat, D960. mdervan@irishtimes.com