The best rock and pop gigs to see this weekend 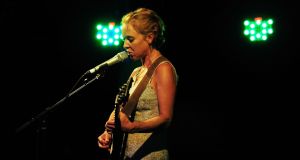 Damien Dempsey
Iveagh Gardens, Dublin, 7pm, €40, ticketmaster.ie
Damo has been a significant presence on the Irish music scene for over 20 years, a man with strong views unafraid to deliver them with the voice of experience and authority. He is on a career high right now with the love afforded to his latest album, Soulsun, and so it’s little surprise that he can stuff out venues as prestigious as the Iveagh Gardens. Expect a boisterous, committed performance from one of the best in the game. Also keep an ear out for special guests, Lankum, a Dublin band (once known as Lynched) that know how to rock folk.

U2
Croke Park, Dublin, 6pm (sold out) ticketmaster.ie
It’s too easy to be cynical, too easy to be dismissive, but we get it – four men looking towards their 60s touring a 30-year-old album that set them up as one of the most successful bands in rock music isn’t anything other than a heritage act flicking through their back pages. And yet there’s also a sense that U2 avoid the obvious “nostalgia” traps that too many other acts of their vintage (and some younger) fall into. Advance reports of this show suggest that the fans will be very satisfied, indeed, while casual observers will be impressed at the stage design aesthetics that envelope the songs.

Kristen Hersh
National Concert Hall, Dublin, 8pm, €28/€25/€22.50, nch.ie
Kristen Hersh holds a very special pace in the hearts of indie music fans that came of age when her first major band Throwing Muses (and subsequently 50 Foot Wave) made its alt-rock presence felt throughout most of the ‘80s, ‘90s and beyond. For the past 20-plus years, however, she has also produced a substantial catalogue of solo work, of which she has described as turning intense “ugly feelings” into art. She visits Dublin for a rare solo concert on the back of recently released album/book, Wyatt at the Coyote Palace, and is really not to be missed.

Brian Wilson presents Pet Sounds
Big Top, Galway, 7pm, €65 giaf.ie. Also Tuesday, Bord Gáis Energy Theatre, Dublin, 8pm, €89/€75 bordgaisenergytheatre.ie
Between The Beatles and The Beach Boys, pop music gained a cultural significance that has never really disappeared. From the former, Paul McCartney remains the sole creative representative on Earth (Ringo? Er, no, not really). From the latter, it is Brian Wilson that still generates a large degree of reverence. Reports of his live shows may point to a lack of engagement with the audience, but there’s little doubt that Wilson’s compositions constitute a body of work that – alongside the Fab Four, of course – is one of the most influential in pop music.

Kate Nash
The Academy, Dublin, 7pm, €20 ticketmaster.ie. Also Wednesday, Limelight, Belfast, 8pm, £20, ticketmaster.ie
London-Irish singer and actor Kate Nash is experiencing a second bite of the cherry these days. She’s in Dublin specifically to celebrate the 10th anniversary of her debut album, Made of Bricks, which marked her out as a songwriter a generation of young women could look up to and gain inspiration from. More recently, however, Nash has combined her staunch independence as a songwriter with a much higher profile as an actor, via her role in Netflix’s acclaimed series, GLOW.