The best rock and pop gigs this week 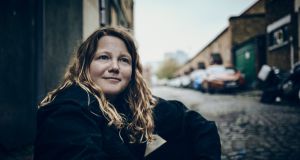 Tebi Rex
Lost Lane, Dublin
Co Kildare’s hip-hop duo Tebi Rex (Max Zanga and Matt Ó Baoill) are part and parcel of Ireland’s socio-realistic hip-hop community, drawing on male views of sundered relationships (Men are Trash), and suicide (Duck all the Way Down). The duo’s primary motivation in the lyrics is honesty through and through, while the music (as evident on their recently released debut album, The Young will Eat the Old) blends bouncy rap, R&B/pop and dubstep. Special guests include Greg Tisdall, Ari Noir, and – one to watch out for - Sia Babez, a young woman making bigger waves than a tsunami. TCL

Daytime Sing Along Social: A Lizzo and You Appreciation Day
MVP, Dublin
If you need a warm-up in anticipation of the Lizzo gig in the Olympia, the Sing Along Social has you covered. Between belting out songs from the rapper’s Cuz I Love You Album during the Diva Disco, you can also indulge in cocktails and mocktails, hair toss workshops and chats about self-love and soulmates with Louise McSharry, Tara Stewart and Erica Cody. Tickets are €10 online or €13 on the door with 20 per cent of online sales going to Joyful Noise. LB

Tinariwen
Olympia Theatre, Dublin
Although this Malian group formed over 40 years ago, it is only in the last 20 that they have found a sizeable audience outside their homeland. Coming from such a conflicted region of Africa, the music is wholly representative of what AllMusic has termed the “grassroots voice of rebellion”. Their music provided freedom, also, from various restrictions (or expectations) and from the early 2000s they have performed at festivals such as Coachella, WOMAD, and Glastonbury. They continue to record almost as often as they tour, with their latest album, Amadjar, collecting plaudits for music that is, noted The Guardian, “inspired by the universal themes of love, politics and nature.” TCL

Cabal 019 with Sally C
Dolan’s, Limerick
Promoting culture through events, music and clothing, Cabal is the brand collective that puts on regular parties in the name of a good time and their November party comes with one hell of a line up. The Irish-born and Berlin-based Sally C will be playing 80s hip house,  ghetto, acid and early 90s house in the Warehouse and Limerick man Peter Curtin will looking after hip-hop upstairs while Paddy Mulcahy will be taking the ambient route in the Cabal Social Club. LB

Laoise
Lost Lane, Dublin
Over the past two years, Galway songwriter, singer and performer Laoise Ní Nualláin has steadily upgraded her output from reasonably good to superb. You could easily describe her music as electro-pop, but there’s something else in there, something that makes you sit up and pay attention, that comes from Laoise herself. To date, her songs balance the pop banger with the dark night of the soul, but the clincher is the performative aspects of the material, where a force of personality puts the music into perspective. This is Laoise’s debut headline show – make it special. TCL

The Howl & the Hum
Workman’s Club, Dublin
Returning fairly quickly after their summer performance at Dublin’s Sound House venue, UK band The Howl & the Hum look set to capitalize on the momentum. Fronted by Sam Griffiths – a singer who has spent many an evening hanging out at poetry and open mic nights in and around his home town of York – the band have developed over the past few years from busking warriors to gathering up a range of influences from Leonard Cohen and Radiohead to Kendrick Lamar and Massive Attack. More than intriguing, then. TCL

Fatherson
Voodoo, Belfast
With their third album, Sum Of All Your Parts, on the longlist for the Scottish Album of the Year, Kilmarnock alt.rock band Fatherson are a relatively recent addition to that country’s impressive amount of music talent. The band’s increase in profile and popularity has been slow yet assured, and from 2014 debut I Am an Island to now they have delivered songs that display, pronounced Clash magazine recently, “a masterful knack of mixing poignant and cathartic lyrics with spiky, quickening pop choruses.” Dublin indie rock band, Karms, are special guests. TCL

Clique Vol 8
Dolan’s, Limerick
Clique is back with its Irish Artists Showcase and under the spotlight this month is Cailín, one of Ireland’s finest techno artists. The Waterford local has had residencies with the likes of Subject, District 8 and Index in Dublin and she has been reeling in critical praise in Paris, London, Berlin & New York after playing gigs there. While she has the headline spot, she will be joined by Chaz Moloney and  Maedbh O’Connor on support with SafeHaus Dublin taking care of tunes on the terrace. LB

Future Proof #15
Bello Bar, Dublin
Future Proof is a gig series brought to you by Nialler9 and Homebeat that showcases some of the most interesting live music happening at home and abroad. For their 15th edition, they’re joined by the incredible Gemma Dunleavy, whose abstract pop explores a world of genres while drawing you in with her soulful voice, vocalist and multi-instrumentalist Abbacaxi who strongly dabbles in house and the Berlin-based composer, producer and multi-instrumentalist Sebastian Piano. Tickets are €10 - €13 online and will be  €15 on the door. LB

JaXson
Whelan’s Upstairs, Dublin
Wexford’s Luke Jackson has been slogging away for the past couple of years, learning the ropes, taking it on the chin, but never hitting the floor. This year, in particular, has been good for him, with national radio stations getting behind pop-influenced singer-songwriter tunes such as 2018 debut single, We were Born, this year’s follow-up, 5am (Look what you’ve Done), and a rake load of other ear-friendly songs. In general, support slots have been his showcase gigs, but this headline performance will surely place him in a much better position as he negotiates an assured rise to the top of the ladder. TCL

Kate Tempest
Vicar Street, Dublin
That wasn’t a gig, it was a reckoning – this is the kind of feedback you usually get in the aftermath of a Kate Tempest show. Part spoken word, part hip-hop, part evisceration of the senses, Tempest’s work over the past five years has increased in strength and purpose. Initially best known for her poetry (in 2013, she won the Ted Hughes Award for her collection, Brand New Ancients), she quickly delivered rewarding parallel works with albums Everybody Down (2014) and Let Them Eat Chaos (2016), each of which was nominated for the Mercury Music Prize. This year’s album, The Book of Traps and Lessons, equalled the power of her previous records, so be prepared for (and this is where we came in) a reckoning, not a gig. TCL

Squarehead and Tandem Felix
Róisin Dubh, Galway
Going strong for almost a decade, Dublin band Squarehead are back with their third album High Tide. Released on the Galway-based Strange Brew label, which is also home to Dáithí, Elaine Mai and Junior Brother, long-term members Roy Duffy, Ian McFarlane and Ruan Van Vliet have expanded their sound with the addition of Ruadhan O’Meara on keys. Support on the night comes from Tandem Felix so if you enjoy great tunes by even better people, this is the place to be. LB

Thanks Brother
Winthrop Avenue, Cork
Roisin O and John Broe teamed up over a year ago, following mutual regard for each other’s songwriting in their previous separate guises (Roisin as a much-admired solo artist, John as a member of low-key indie electro-pop group, Miracle Bell). The resultant output is a formidable combination, with songs such as We Are Different, We Caught It, and F**k my Life seriously good examples of dramatically themed and eminently hummable pop music. TCL

Shura
Academy, Dublin
For such a contemporary pop songwriter, there is something comfortingly traditional about Shura. Both her 2016 debut (Nothing’s Real) and his year’s Forevher may shimmer with deft mixtures of here-and-now electronica and pop, but underneath it all lays a structured songwriting approach that pays due tribute to the likes of Laura Nyro and Joni Mitchell. It is a desirous blend that snags the attention from the very beginning and rarely wavers. The last time Shura performed in Ireland was over two months ago at Electric Picnic, at which she was lost in the crowd. Thankfully, this gig won’t see her have to compete for the attention she fully deserves. TCL

Spicebag: XXXtra Portion Dance Karaoke~
Lost Lane, Dublin
Join Stefan Fae and the Dirt Bird - or Sarah Devereux to her mother – for a dance party like no other. Whipping out tunes by Janet Jackson,  Janelle Monáe, Robyn and more, your noble hosts will lead you in a dance karaoke session. In better words, copy their dance moves, from dips to splits and high kicks to low rides, and work up a sweat in the most enjoyable way ever. €10 on the door, this will give your gym membership a run for its money. LB