Ten things we learned from Other Voices 2017

Hundreds of informal ties bind the festival together. So how do you make it bigger without snapping them? 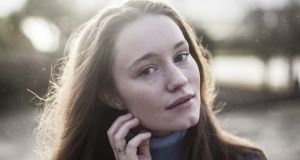 Norwegian singer Sigrid at Other Voices.

1. How to do a small festival bigger

Long before Other Voices’ west Kerry setting clogged Instagram feeds every December, the occasion was doing what other festivals crave: a unique site-specific free event that attracts big international names, as well as celebrating and platforming local talent in a way that places authenticity, discovery, quality and serendipity at the core of everything. So with thousands registering for the free Music Trail wristbands – a series of gigs that spreads across pubs throughout the town of Dingle – and with Other Voices itself expanding to cities around Europe and North America, the annual question remains: how to make workable the endless informal ties that bind the festival together, while establishing an infrastructure to contain it?

The answer resides in how every Other Voices experience is specific to the person attending. You can settle into your favourite pub with friends, leaving the music as a byproduct of your experience. You can rave at the festival’s first After Dark event in a massive local nightclub. You can catch a ticket to the church, or focus on the church’s offerings in another way by watching the screens in Benners. Or you can soak up the brilliant chats at Banter, or the cerebral focus of Ireland’s Edge. Either way, the festival is yours to hone.

2. The genius of John Gerrard

One of the highlights of the weekend was the Irish artist’s research lecture at Ireland’s Edge, where he detailed his incredible work with game engines, simulations, and neural networks. While contextualising his work with some past examples, there were gasps in the room when he laid out his aspirations for the Galway City of Culture in 2020, showing stunning designs for mirrored pavilions in the city and county.

“And what age do you think they are?” was one of the weekend’s biggest questions. The spotlight at this year’s Other Voices was stolen by young and emerging artists or young, already critically acclaimed artists, both Irish and international. Young bucks Isaac Gracie (21) and Dermot Kennedy (25) were a match made in heaven as the first performances in St James’ Church. While nerves were part of Gracie’s endearing appeal, Kennedy is ready for the worldwide stage. There’s a strong feeling that he will reach monstrous levels of success in no time at all.

The popularity of Jim Carroll’s Banter series in Foxy John’s is down to the brilliant brainfood served up over two days, and also a consequence of Carroll’s passion for knowledge and playful interview style. Every interview was great, but the packed crowd was raving about Emer Reynolds’s fascinating tale about making the documentary The Farthest, and also casually dropping in that she has 1,300 skydives under her belt.

In the back shed of Nelliefreds on Saturday afternoon, Irish rapper Mango, with the assistance of Mathman on decks, turned lunchtime pints into a daytime grime rave. When he spits out songs with titles such as Rapih and Buzzin’, he raps the way Irish people talk. He’s gas, he’s cutting and he’s real. “This song was on the iTunes chart for two hours,” he says, riling up the crowd for What Are You Sayin?, “I got the screengrabs an’ all.”

Full of charisma, he has people dancing on the tables and eating out of his hand, even though the air was laced with hangovers and regrets from the night before.

When you bring together two holy sanctities of pig meat – the sausage and black pudding – and sell them as one combo sausage roll, you are truly doing the lord’s work. Bean In Dingle’s sausage rolls, provided by Bluirini Blasta, are famous, so famous that they were infuriatingly sold out by 10am on Saturday morning. The coffee shop located on Green Street buzzed all weekend, a place you were guaranteed to bump into an Other Voices musician or presenter, and it accidentally became a great hub over the festival.

Thanks to Nialler9’s recent interview with Other Voices’ head of development Molly King for this newspaper, everyone was sharing the same Father Ted-style quip about the Hillgrove night club. “I hear it’s Munster’s largest dance floor,” they’d say down the pub. The local nightclub was taken over by This Greedy Pig and transformed into After Dark, a club night with house and disco music that was full of surprises. Smoke machines filled the darkened room and within an hour or so of dancing to DJs banging out great music, whispers – or roars over gin and tonics in plastic cups – started going around that there was “another” nightclub out the other side of the smoking area. Like Narnia’s wardrobe, we left behind the BPMs and shadows, via the busy smoking area, and entered a neon-pink disco utopia on the far side. A clubbing experience felt less at odds with what Other Voices traditionally offers, and more a diversification for those who want to rave to have a space to do just that.

8. You can’t not mention Trump when current affairs are on the agenda

There is no such thing as Peak Trump, but conversations about America are as repetitive as they are relentless these days. Yet the Banter discussion with Observer editor and acting US Guardian editor John Mulholland didn’t stray into those repetitive Trump clichés at all. Mulholland offered a critique of American media saying too many people and outlets were responding to the “red meat thrown out into the media enclosure from the White House”, and spoke more about context, saying: “If all you’re doing is stopping to watch the car crash, you’re never going to know how it happened.”

A smart, serious, and refreshing conversation, especially given the familiarity of the subject matter.

9. The Dingle half hour will wear you down

When Google maps tells you that your house is just a mere 30-minute walk, you need to readjust your own settings and face the difficult truth that that half hour could be an hour, with added hills on coastal roads and sideways and relentless rain. The short supply of taxis in the town meant that anyone staying in the ‘burbs who didn’t cleverly prebook a specific pick up point (“I’ll meet you at the Credit Union at 2.15am and I won’t wait”), had to face their own inner demons and the squabbles within their group on the long walk home, with promises of tea and toast to soften the damage that the natural elements had caused.

Don’t Kill My Vibe is one of the songs of the year, but for most of the crowd in St James’ Church, it was the first time we had seen Norwegian 21-year-old Sigrid live. Her perfection as a performer was outrageous, an almost 3D-printed pitch perfect demonstration. Her charisma, attitude, voice, songs, movement, and presence led to a standing ovation, and she stood out in a weekend of truly wonderful music.