The best classical and opera concerts to see this week 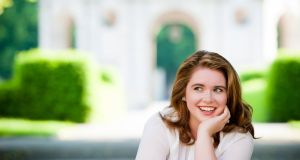 La Cenerentola
Bord Gáis Energy Theatre, Dublin, ticketmaster.ie
It’s just two years since Dundalk mezzo-soprano Tara Erraught made her debut at New York’s Metropolitan Opera, singing Niklausse in Offenbach’s Les contes d’Hoffmann, and Hansel in Humperdinck’s Hansel and Gretel in the 2017-18 season. Her upcoming calendar has six performances in the role of Angelina in Rossini’s La Cenerentola at the Met next March and April.

Before all of that, Ireland’s most accomplished Rossini singer takes the title role in La Cenerentola for Irish National Opera at the Bord Gáis Energy Theatre in Dublin. Her true love, Don Ramiro, is American tenor Andrew Owens, her oppressive father, Don Magnifico is English bass Graeme Danby, her objectionable sisters are Rachel Croash and Niamh O’Sullivan, and the other roles are sung by Riccardo Novaro and David Ostrek. Director Orpha Phelan and designer Nicky Shaw have created a storybook production, and the Irish National Opera Orchestra and chorus are conducted by Fergus Sheil. Sunday, November 10th is opening night, and begins at 6pm, with the performances on Tuesday, Thursday and Saturday 16th at 7.30pm

Christian Tezlaff, Lars Vogt
NCH, Dublin, nch.ie
It’s nearly 20 years since German violinist Christian Tetzlaff made his Irish debut, in Derry with the Ulster Orchestra in 2001. He makes his Dublin debut in an 8pm concert at the National Concert Hall with fellow countryman Lars Vogt at the piano. Their intriguingly structured programme opens and ends with 19th-century classics (Beethoven’s Sonata in A, Op. 30 No. 1 and Franck’s Sonata in A) with, in between, the austere late Violin Sonata Shostakovich wrote in 1968 as a second 60th birthday present for the great violinist David Oistrakh (the composer had mistakenly delivered his first 60th-birthday present, the Second Violin Concerto, a year early) and the spare Tre Pezzi written in 1979 by Hungarian composer Gyorgy Kurtag, who once wrote “I keep coming back to the realisation that one note is almost enough”.

Ulster Orchestra/Daniele Rustioni
Ulster Hall, Belfast, ulsterorchestra.org.uk
Daniele Rustioni puts the Ulster Orchestra’s leader Tamás Kocsis out front as the soloist in Berg’s Violin Concerto in his second appearance as the orchestra’s new chief conductor. The Berg is framed by two of the most popular works of the 19th-century repertoire, Richard Strauss’s tone poem, Don Juan, and Beethoven Eroica Symphony. The concert starts at 7.45pm.