Matthew Devereux of The Pale: I was one of the ‘hidden homeless’

He has been signed to major labels and been ‘an inch away from homelessness’. Now he’s back 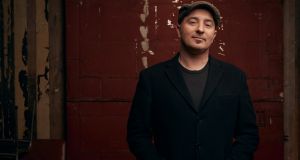 The Pale’s Matthew Devereux: 'Any time I’ve ever made money from music, it’s always felt so special.'

“If I was 19 and I wrote a huge hit, I don’t think I’d be happy at this stage. I’d be hunted by that hit, and want to run the other direction,” says Matthew Devereux. “But I feel like I keep earning this. Any time I’ve ever made money from music, it’s always felt so special.

“I remember Glen [Hansard] saying that the first time he got 50p from busking and he bought a cup of tea, he thought, oh my God, this is how it works. I can sing a song, and someone will give me some money – not a lot of money, but I can have a cup of tea, and I can go out and do it again. That’s the most basic way of looking at it, and I always find a background in busking is grounding. If this all fails, we can just go out on the street and play.”

It’s been 28 years since Devereux began making a living with The Pale, but he’s not back to busking yet – at least not out of necessity. He and co-founder Shane Wearen are the constants in an evolving Dublin-based line-up, releasing equally evolving albums from the weird and wonderful debut, Here’s One We Made Earlier, to their most recent, a compilation of their stray tracks entitled 21 Song Salute.

All the while they’ve stepped in time with the music industry from 1990 to 2018: they got their major-label deal, survived the inevitable parting of ways, struck out on their own and consorted with indies, navigated the changing festival circuit and grappled with the format changes from vinyl to cassettes to CDs to Napster to digital and back to vinyl.

As they prepare for their 13th album, the re-release of their debut, Devereux has indulged in a spot of reflection – he likens it to putting a photograph of your young self on a mirror, “so when you look at yourself, you can see how old you’ve become – no, I’m joking. It means you can see you’ve come a long way.

“Every couple of years, I question my sanity about why I’m doing this. My aspiration at the start was to sell a few records, and once we’d sold a few records, my aspirations went a little further. But each time, I always had a humility, and I’ve been thankful for everything.”

That shows in his extracurricular activities. You might catch him playing a fundraising gig for Focus Ireland, or at homeless shelters at Christmas for the Peter McVerry Trust, and, along with friends such as Glen Hansard and Terry McMahon, he was part of the Home Sweet Home campaign involved in the Apollo House takeover in 2016.

“It might have seemed like a desperate measure, but it started a conversation that hasn’t stopped,” he says. “And the 90 people who were processed through Apollo House, their lives have changed. My life changed. It gave me a deeper understanding of how many people are involved in trying to keep a tide of goodwill afloat, and the individuals and beautiful families who need this support. Anything that I’ve ever been through – excuse the pun – pales in comparison.”

In a podcast interview for Born Optimistic, Devereux mentions that he felt a particular tie to the project was because “I’ve always felt an inch away from homelessness”.

Indeed, Devereux entered the world of the “hidden homeless” – people who aren’t registered as homeless but don’t have a space of their own – shortly after returning from living in Prague for two years in 2011.

“I left in the middle of the boom, but I came back to a radically different Ireland, and I could not get established,” he says. “I’m a single male – no matter how hard I tried, I couldn’t rent a place."

His position as a musician who regularly appears onstage and in magazines also made this time more complicated.

“People imagine the life that you’re leading all the time,” he says. “I’m not always forthright about the reality, because I’ve been embarrassed about how little money I’ve made over the years. But when you’re pursuing a dream like this, when you’re pursuing art, you will find yourself under this shade an awful lot.”

With the love of a good woman spurring him on, he got back on his feet in 2016. “I met Hiba then, and she changed how I viewed life,” he says. “Within a few weeks of meeting her, I’d given up cigarettes, I stopped eating terrible food, I’d gone back to college to study archaeology. I decided to change.

“This was all in the back of my mind since around 2011 – the album we released at the time was called I Woke Up and I Was Gone, because that’s when I had the epiphany. But change takes time, and she brought it to the forefront.”

Part of this turnaround involved setting up home. He now lives in a shared flat in Temple Bar – “the noisiest place in the whole city” – but he’s aware that he’s one of the lucky ones.

“This is the closest I’ve been to a settled life for a long while,” he says. “But I’m aware that if I didn’t have the goodwill of friends, I would have slipped through the cracks. And it’s ridiculously easy to do that.

“I’m sure if you ask your own friends you would be surprised about who can’t afford to rent, and certainly can’t afford to buy, even if they have a decent enough job. I was told when I was younger that all you need to do is work hard, but if that was the case, bricklayers would be millionaires. Now you have to be clever with money. That’s one of the realities that a lot of people are living with right now.”

Most recent figures suggest that more than 9,600 people are registered as homeless – and that excludes those who sleep rough, women and children in domestic violence shelters, and the unknown number of hidden homeless.

There is hope for more affordable housing, as the Government proposes regulations for Airbnb hosts in Dublin and says it expects 20,000 new homes this year and 25,000 in 2019.

“I don’t necessarily believe that these houses will be affordable though,” says Devereux. “People are struggling with rents now, and they’re only going to go up. There hasn’t been any respite. But even if it meant us finding ways of raising money, to build communities for ourselves, then we should cut in front of the Government and do it because it’s an epidemic. I find it horrifying that families are walking in circles on the streets of the city, being forced from one accommodation to the other. It’s not living. It’s just surviving. We need to make permanent housing.”

As the efforts continue, Devereux turns his attention to The Pale’s next phase. There are a few festival appearances, but things will step up a gear when the new album follows in autumn.

“I don’t think people are expecting this record from us,” he says. “It’s the most measured record we’ve made. We always had the punk aesthetic and made the records quickly, but with this we just decided to take our time and make it sound bigger. Nowadays, we’re a lot more open with where The Pale goes. We’re happy to take things as they come, and we’re open to new sounds and new ideas. It’s the only way to stay fresh.”

Under the Red White and Blue: Greil Marcus’s Gatsby marred by self-indulgence
10