Since 1991, IMC has helped promote jazz and bring European musicians together 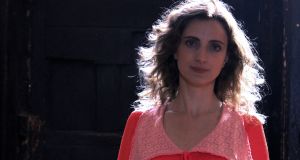 Sue Rynhart: “It’s important to get the opportunity to talk to other musicians from other countries” 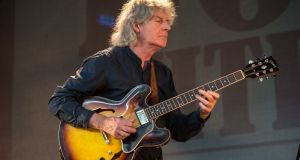 Tommy Halferty: “A community energy is needed for this music to flourish and develop in Ireland” 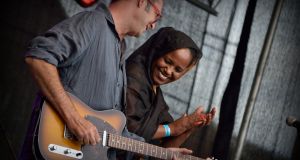 Aziza Brahim performing at Hotter Than July. World music continues to be a major part of IMC’s remit. 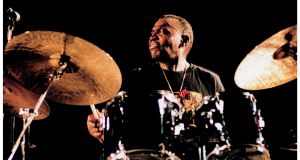 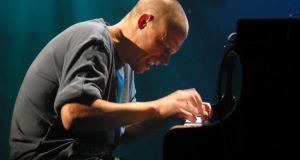 Esbjörn Svensson: The Swedish jazz pianist’s Dublin show for IMC was regarded as a landmark

It’s a quarter of a century since the Improvised Music Company (IMC) first began to operate in the jazz and world music fields. Current director Kenneth Killeen is quick to note that he hasn’t been around since day one – he joined the organisation in 2005 and became its artistic director last year – but he’s in a good position to give the measure of IMC’s run to date.

The company was set up in 1991 by Irish jazz musicians and promoters Allen Smith, Ronan Guilfoyle, Blaise Smith and Cormac Larkin. Aside from putting on shows around Ireland by Irish and international acts, IMC has also been a label, festival promoter and resource organisation at various times.

Killeen says such twists and turns are typical of how an organisation like IMC should roll. “You have to be adaptable and responsive and I think IMC has shone a light on what’s needed at various times. When there was no recorded output from Irish jazz musicians, IMC became a label to showcase that work. We had the regional touring schemes and we brought over international, big acts like Elvin Jones and EST.”

There are many highlights on the IMC wall of fame. Killeen fondly recalls landmark shows with Jones and Esbjörn Svensson (“a full house in a big venue like Vicar Street and touts outside flogging tickets for a jazz gig”), yet he also points out that the company has focused on other areas in recent years.

12 Points, for instance, is a successful initiative from IMC bringing together a dozen new European jazz and experimental music acts every year in Dublin and, on alternate years, in other European cities.

Killeen sees huge advantages for Irish musicians in how 12 Points has developed. “Creating this festival allowed us to have an overview of the sound of Europe. We can hear what’s happening right across the continent from the Nordic countries to southern and eastern Europe. We can say to our domestic musicians that the work they’re doing does not exist in a vacuum and here are people who are doing comparable things in other countries.

“To be able to deliver this to Irish audiences and bring in Irish musicians has opened up a whole new world for us and given Irish musicians a far easier opportunity to liaise with their European counterparts. It defines domestic musicianship more at a time when the music is less defined by paying homage to American heritage music and more of a European sound.”

Festivals have proven to be a good look for IMC. “I think Down With Jazz has made a positive impact in terms of bringing new audiences to jazz,”says Killeen of their summer event in Dublin. “That festival model with the tongue-in-cheek approach to the anti-jazz protest made it inviting to people.”

World music was always a strong feature of the IMC remit, with the company bringing Orchestra Baobab, Youssou N’Dour, Mariza and many more to Ireland over the years.  “My predecessor Gerry [Godley] was big in ethnic music programming with his radio show, but I’m a different director in that sense.

“Dublin is such a different city now. Going back 25 years, who’d have thought there would be such a difference in the make-up of the city and country? We’ll still be doing things like the Hotter Than July festival with Dublin City Council and it will be a lot of smaller ethnic music acts.”

As director, Killeen is very aware that audiences can make or break those bigger shows. “A lot of the people who would have attended those shows in the early 2000s got older and the younger audience went elsewhere. We have to rethink how to we do shows and the music when the music is constantly changing. We have to think about the fact that some of the large shows could go either way when we don’t have the financial structure to take that risk.”

A lot of IMC’s work these days happens in ways audiences don’t necessarily always see. “Our remit is to be a resource organisation for jazz musicians,” says Killeen. “The company was founded by Irish jazz musicians and supporters so promotion is just one aspect of what we do.

“There’s an incredible amount of work we’re doing behind the scenes with musicians and people sometimes don’t see that. We’re in a period of intensive development of musicianship and putting supports and structures in place for that.”

What this means in reality is “developing Irish artists so they can tour right across Europe and making sure we as an organisation can help”. One bugbear in this regard remains the lack of a dedicated venue in the capital. “If JJ Smyths should close its doors, as seems likely, the unofficial home for jazz in the city for the last 30 years will be gone. Suddenly, you’ve nothing at all. We’ve had this issue for years trying to shoehorn our shows into venues across the city. It’s difficult for audiences when you have this show in this gallery, this concert in this church and then you’ve to follow us to this pub. It’s hard for acts as well, but it’s harder for audiences. You need a new space that is not burdened by tradition or time or other activities. They have this beacon in other cities and we need it here.”

That beacon would bring in more players. Killeen talks about the Monster Music project with the Ark as an example of “long-term development for young audiences and players”. He wants to get a conversation started with teachers about “the gender question. There are simply not enough young female instrumentalists and it behoves us an organisation to understand why that is happening”.

Most of all, he wants to see IMC being able to help Irish musicians who want to work and play at home to do just that in the future. “I don’t want musicians to relocate to London or Berlin or New York unless they want to. If it’s a thing that this country becomes too small for the talent we have and keep producing, that’s a cultural drain and something IMC has to address.”

“The 12 Points festival is a huge success and I have seen hugely talented acts at the festival. When you have put so much work into recording an album you need to be able to go and perform in other countries to reach a wider audience. It’s also important to get the opportunity to talk to other musicians from other countries, listen to their music and to collaborate with them.

“My only problem with it, though, is that in order to qualify to audition for the festival, the average age of the group has to be under the age of 35. It excludes those who have perhaps found their voice at a later stage in life, or those who are in their 20s and 30s and raising young families or studying and find themselves needing to take time away from performing.

“For the future, IMC needs to continue helping, supporting and advising musicians; to help to represent them; to help to connect them to their audience; to help to book gigs or put the musicians in touch with the suitable venues and festivals; to keep building the community of musicians who enjoy drawing on different genres and being creative with their instruments.”

“In the early 1990s, when Gerry Godley and the IMC first started bringing over international, world-class jazz acts, they would often ask me to perform with them, which were great opportunities for my career.

“As a music teacher as well as a performer, I’ve found IMC’s attitude towards young musicians to be very positive. With 12 Points, they weren’t afraid to push Ireland to the centre of Europe and allow space for exposing the talent of younger Irish musicians.

“The most important thing they could do now is create a space for jazz music in Dublin. A proper club, a platform for the music to grow. Otherwise it will really struggle. I work a lot in France, and their attitude to jazz music, and the arts, is so different – it’s really respected and supported. Jazz is on the radio every day, they’ve plenty of festivals, great venues etc, so people are used to it.

“IMC might not be able to establish such a venue, but it’s important that they are a central energy for the musicians and jazz scene. If there are too many splinter groups and individualism, the energy dies. A community energy is needed for this music to flourish and develop in Ireland – and a proper venue and space is crucial to this.”