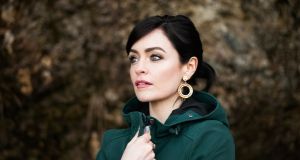 Jessy Rose, Tony Konstone and Lilo Blues are building on their major label connect and growing fanbase in UK and North America with this minimally shaded R&B pop track that serves as the lead song from EP number two titled Season 2. It’s out on July 28th.

The New York-based Irish musician has been beating an independent path in music-making since moving to the US five years ago. From collaborations with New Jersey production duos to solo acoustic confessionals, Richardson’s songs are always commendable. 4AM, her latest, is a cross between the acoustic and electronic elements of her sound with a human story of cutting someone loose.

These Sligo space disco cows have popped up occasionally over the last few years to deliver some bright electronic jams. Just in time for the summer, they’ve returned with a slice of analogue synth-funk music. Living it up in style, as the song goes.

The spirit of the Clash is strong with these young Derry punksters. Not only does the singer sound exactly like Strummer, but their latest song has a political conscience, too.

After a mental health break, the alt-rock Dublin trio of Roy Duffy, Ruan Van Vliet and Ian McPartland have returned with news of a new album forthcoming. Waves, their first single in four years, is a positive punch of power pop. It’s good to have them back.

Autre Monde - I Want My Enemies to Prosper

Featuring Paddy Hanna and members of Popical Island-associated bands Land Lovers, No Monster Club, Skelocrats and Ginnels, Autre Monde are displaying a fine-line of early-1980s-inspired rock. With that great title, the band jerk their way through three minutes of post-punk with nods to REM and Pere Ubu.

It’s five years since Frank B’s Aretha-sampling Chain of Fools blazed up dance floors with its soulful house vibe. More recently, he’s been operating closer to the underground as Sias, with wobbly techno-leaning electronics. As We Are is taken from his newest EP for Secretsundaze label offshoot SZE, and has strains of acid, electro and what sounds like a buzzing fly in its arrangement.

The spacious atmospherics and gentle falsetto of Eoin French strike once again on a highlight from his recent album Wild Alee. The accompanying visual by Feel Good Lost only adds to the scale with French running in landscapes of natural beauty.

Karen Sheridan has been quiet over the last two years: “ a time of quiet reflection,” is the explanation. She has returned with her project Slow Skies and new song Dancing marks a brighter, lighter outlook for the songwriter.

More of this kind of collaboration please. Take one established artist and one band on the up and pair them together. Their individual strengths: the intricate rock atmospherics of All Tvvins with the melodic expression of McMorrow. Win Win. Both artists are play Trinity College on July 7th.

It’s an alien sci-fi kidnap caper in the video for The Hot Sprockets’ new song. Psychedelic animation and homemade grunge add to this well-made clip produced by Little Beast where the aliens’ downfall is human sweat.

The Vespertine Quintet - Before a New Harbour Can Be Built, Difficult Things Must Be Worked Out

Taking a modern approach to the quintet idea, The Vespertine Quintet augment a string quar-tet and piano vibe with electronics and “quirky instruments”. Formed to perform the music of cutting-edge composers like Iceland’s Olafur Arnalds and Estonia’s Arvo Pärt to keep them occupied during a harsh West Cork winter, the quintet went on to put on residencies in De Barra’s in Clonakilty and brought in singers such as Irish singer-songwriter Adrian Crowley and Swedish Alto Camilla Griehsel.

As a result, plans for a debut album were formed with the quintet’s Justin Ground on production duties. The result is this 10-track collection of 21st century neo-classical music drawn from Pärt, Purcell, Benjamin Britten and members of the group themselves, along with a new version of Crowley’s Long Distance Swimmer and Ground’s piano lullaby to his son featuring samples of his son singing himself to sleep on Ari’s Lullaby. A comfort in dark times indeed.

Alex Ryan is best-known as the bassist for Hozier and the producer of Saint Sister’s records but he also has a band with his brother Patrick, who is a film director. They might be from Kerry but Black Fox Leash was formed in Kyoto last year. The brothers have put both their skills to good use on debut track The Fire, a sleazy, bluesy number,