Classical music highlights of the week 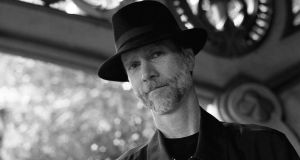 Alaska-born, New York resident composer John Luther Adams identifies as an outsider. His first visit to Carnegie Hall’s Stern Auditorium didn’t come until he was 61 when he went there to hear a performance of his 2014 Pulitzer Prize-winning orchestral work Become Ocean. He has stated that he has never really felt completely at home in the classical music world, especially with crossover music “in which classical musicians attempt to expand that tradition (and demonstrate their ‘street cred’) through appropriation of elements from pop music”. His own early background was rock and Four Thousand Holes, for piano, percussion and electronics, is an engagement with the chordal certainties of his youth. For its Irish premiere, by Taka Kigawa (piano) and Russell Greenberg (percussion) it’s coupled with Karen Tanaka’s Techno Etudes and Tristan Murail’s Territoires de l’oubli.

William Walton was the toast of English composers when he wrote his First Symphony in the 1930s. The work was commissioned by Irish conductor, composer and pianist Hamilton Harty in 1932, when Harty was the conductor of Manchester’s Hallé Orchestra. Walton was a little intimidated by the task, but thought that the Hallé was “such a good orchestra and Harty such a magnificent conductor” that he might manage something that would knock the then well-established symphonist Arnold Bax “off the map”. He turned out to be right, and his symphony is now the most frequently-heard British symphony of its time. The Bournemouth Symphony Orchestra under Kirill Karabits have programmed it with Elgar’s Mediterranean-inspired In the South and Tchaikovsky’s Piano Concerto No 1 with Macedonia’s leading pianist, Simon Trpceski, as soloist.

The honey-toned Armenian cellist Narek Hakhnazaryan scored a hit on his 2016 Irish debut in Lutoslawski’s Cello Concerto with the RTÉ National Symphony Orchestra. He’s back with the orchestra again, this time for the 1959 Cello Concerto that Shostakovich wrote for the great Mstislav Rostropovich. The concert opens with Shostakovich’s buoyant Festive Overture and ends with Strauss’s Ein Heldenleben. The conductor is Christian Vásquez, a product of Venezuela’s famous El Sistema programme, which most famously produced Gustavo Dudamel, now music director of the Los Angeles Philharmonic. Vásquez is currently principal conductor of the Stavanger Symphony Orchestra in Norway.