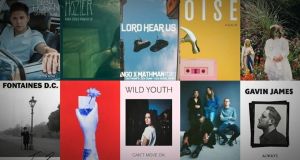 Hozier’s Nina Cried Power, Niall Horan’s On the Loose and eight other songs have been shortlisted for RTÉ’s Choice Music Prize Irish Song of the Year 2018.

The shortlist, which also included Gay Girls by Pillow Queens, was announced today on RTÉ’s 2FM by Tracy Clifford.

You can vote here for your favourite song before midnight on Sunday 3rd March. Only votes cast in the Republic of Ireland will be counted. The winner will be announced on the 7th of March at the RTÉ Choice Music Prize live event, held in Vicar Street in Dublin and broadcast live on RTÉ 2FM in a special four-hour extended show from 7-11pm.

A television special of the event will be broadcast after the event on RTÉ2.

The Choice Music Prize Irish Album of the Year award, which is not voted on by the public, is chosen from a shortlist of 10 albums by  Irish music media professionals and industry experts.

Tickets for the Choice Music Prize live event are on sale now from Ticketmaster and are priced at €28, including booking fee.