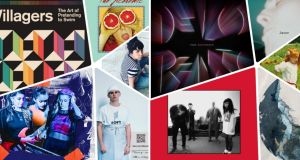 Six first albums are among the 10-strong shortlist for this year’s RTÉ Choice Music Prize, which was announced today. The Academic, Just Mustard, Kojaque, Saint Sister, Rejjie Snow and Wyvern Lingo have all been nominated for the Irish Album of the Year award for 2018. The line-up for the 14th annual award is completed by Delorentos, O Emperor, Lisa O’Neill and Villagers.

The shortlist was announced on 2FM by the chairman of the 12 judges, the Irish Times music writer Tony Clayton-Lea. The winning album will be announced at Vicar Street in Dublin on Thursday, March 7th, at an event that the station will also broadcast live, followed by television highlights on RTÉ2.

A gift from JK Rowling: A 34-part fairy tale, free online for children in lockdown
8