Billie Eilish’s No Time to Die Bond theme: a slow stomper that flubs the 007 test

Goth popster should be perfect for Daniel Craig’s 007, but her song doesn’t quite earn its licence to thrill 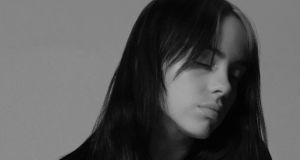 Billie Eilish: the singer coaxes her inner Shirley Bassey to the surface on a slow stomper that throws side-eye at the Goldfinger theme

Billie Eilish, who has just released her Bond theme, No Time to Die, is the perfect emblem of what 007 aspires to be in the 21st century. She comes across in her public appearances as studiously deadpan, even a bit grumpy. As it happens, those are the very qualities Daniel Craig has brought to the part of the world’s most famous womanising secret agent (making some of us pine for the hint of deadly whimsy Pierce Brosnan conjured with in the role).

So Eilish and the Craig-era Bond ought to be perfect for one another. The spy with the hooded eyes meets the pop star who refuses to smile. They should go together like an Aston Martin DB5 and an ejector seat.

Eilish and her brother, Finneas O’Connell, also write fantastic songs. But you do wonder if their golden touch hasn’t deserted them a tad on No Time to Die. This is one of the very rare times they have collaborated with outsiders – Hans Zimmer contributes strings and the former Smiths icon Johnny Marr is on guitar – and the pop necromancy is conspicuously diluted.

In fact, No Time to Die is perhaps the most traditional thing Eilish and Finneas have yet done. Anyone hoping for revisionist Bond will be underwhelmed. “You were my life but life is far away from fair,” Eilish croons as hints of big-band orchestration chime in the background. She is coaxing her inner Shirley Bassey to the surface on a slow stomper that throws side-eye at the Goldfinger theme much as Eilish notoriously threw side-eye at Maya Rudolph and Kristen Wiig during their horrendous skit at the Oscars.

There is a recent tradition of Bond themes from the hot new torch singer of the hour. Adele bruised the rafters with Skyfall, as did Sam Smith with Writing’s on the Wall from Spectre. Eilish, however, isn’t a belter. Indeed, several of her best songs subvert the entire concept of a hairdryer ballad (When the Party’s Over, for instance). Here, by contrast, she and Finneas try to conform to what is by definition a bit of stuffy formula. Bond themes are a lot of things but never cool.

No Time to Die is fine and probably a grower. Yet it does slightly flub the Bond test. Not every actor can carry off the tuxedo-and-Walther-PPK look. And not every pop star is a good fit for a ponderous action movie in which a middle-aged Brit (sorry, Pierce) stoically does his duty for queen and country. (Somewhat improbably, the 18-year-old singer has described singing a Bond tune as one of her life goals.) Eilish is the goth popster the world really needs right now, and her debut album, When We All Fall Asleep, Where Do We Go? was one of last year’s finest. But on her big Bond moment she doesn’t quite do enough to earn her licence to thrill.