Best rock and pop this week: Talos, Otherkin, The Charlatans... and the Bay City Rollers 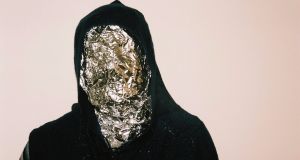 The Spanish house DJ is back in our arms once again for an all night show (from 11pm until 3am) in District 8.

YOUNG HEARTS PRESENT YULE!
Gloucester Street Sports Hall, 21 Gloucester Street South, Dublin 2. €16.55 - 22 eventbrite.ie
Young Hearts Run Free’s Christmas party, now in its ninth year, is the warmest party you could imagine, with all proceeds going to the Simon Community. (The venue also changed at the last minute, from the Dublin Food Co-op to the Gloucester Street Sports Hall.) Musical guests include David Kitt, Autre Monde, Fontaine’s D.C. and Dowry, among many others. There will be some other very special surprise guests making an appearance on the night. Yule is a great night with some great people for a very worthy cause. Treat yourself and help some others along the way. LB

JOHN TALBOT
District 8, Dublin €16.54 - 22.06 eventbrite.ie
Ah, Johnny T. How we love your ways. The Spanish house DJ is back in our arms once again for an all night show (from 11pm until 3am) in District 8. Having released the album The Night Land as Talaboman, a side project he has with Swedish DJ Axel Boman, earlier on this year, expect a throbbing set, with some new songs and old faves from his 2012 (ah! where do the years go) album ƒIN. LB

THE CHARLATANS
Academy Dublin 7pm €36.50 ticketmaster.ie Also Monday The Limelight Belfast 7pm £31 limelightbelfast.com
Almost 30 years after they formed in the North of England, The Charlatans remain one of the few bands of that era still in fine fettle. The band has gone through a variety of stylistic changes over the years, yet is anchored by the presence of longtime lead singer Tim Burgess, who has buffered and bolstered his tenure with successful forays into DJ-ing and writing. Latest album, Different Days, is a testament to their staying power, and features notable contributions from Johnny Marr, Paul Weller, and New Order’s Stephen Morris and Gillian Gilbert. TCL

ANDY WHITE
Whelan’s Upstairs Dublin 8pm €16.50 whelanslive.com
Around this time every year, Andy White makes the journey from his place of residence (Australia) back home. A prolific songwriter with a passion for getting to the heart of matters via direct routes, White’s new album, The Guilty & the Innocent, sees him return to his roots as a nib-twirling activist. If there is a through line from his early political songs over 30 years ago, a la Religious Persuasion,  to more recent material, it is his method of making the personal political and ensuring each has uniform importance. In short, always a joy and a diversion. TCL

Ah, social media, we love you. Three years ago, California’s LANY – the acronym for Los Angeles New York that’s pronounced lay-nee  –  uploaded two songs, Walk Away, Hot Lights), to no ‘followers’ or fans of any kind. Within 18 months, the band had signed a major label record deal and supported Ellie Goulding on a UK tour. From then to now, LANY has delivered a clever blend of smooth indie-pop with R&B hints. This gig is the band’s Irish debut, and it sold out within a finger-click. Onwards and upwards – from LA to NYC and back again. TCL

PATRICK WOLF
Sugar Club Dublin 7pm €20 thesugarclub.com
UK-based singer and performer Patrick Wolf has been peering in from the fringes for about 10 years, and while it seems unlikely he will gain entry to the commercial world he remains one of the most intriguing songwriters around. This surprise announcement gig forms part of Wolf’s due regard for being presented with – deep breath – the College Historical Society of TCD’s Burke Medal for Outstanding Contribution to Discourse through the Arts. Wolf will perform songs from his across his back catalogue, as well as road test new material from his forthcoming seventh album. Expect smart and idiosyncratic tunes delivered with genuine personality. TCL

The king of the tartan parade, Les McKeown, is bringing the music of his old band the Bay City Rollers back to life for one night only. Even though the singer left the band in 1978 and the line-up boasts over 15 former members, McKeown is keeping the dream alive and will apparently be playing new music from an upcoming album, as well as all the classics like Bye Bye Baby and Shang-a-Lang. This event is sold out. TCL

HOMESBEAT'S CHRISTMAS CRACKER
Studio 10, Dublin €11.36 (per gig) Also Dec 12 and 13 eventbrite.ie
As part of Homebeat’s delightful Christmas Cracker series, you can catch number of very special gigs in Studio 10, located on Wicklow Street. Ships and Carriages will work their magic on December 11, Come on Live Long and Sun Collective will warm your cockles on December 12 and Let’s Set Sail are launching their new EP on December 13. Mulled wine and mince pies will also be making an appearance. Space is limited. LB

If you’re ever in search of a truly invigorating mix of genres, then Archy Marshall is the UK singer/rapper for you. Known by the rather less Enid Blyton-esque name of Kid Krule, Marshall skillfully fuses trip-hop, hip-hop, underground jazz and occasional blasts of electronica to supplement his tales of social disadvantage and emotional distance. The musician/songwriter will be heavily plugging his latest album, The OOZ, which The Ticket, on its release back in October, described as “ “raw, bluesy… as classically cool as a round-neck tee”. TCL

JOE CHESTER
Grand Social Dublin 8pm €15 tickets.ie
Now based in Nice, France, Irish musician Joe Chester continues to release quality solo music as well as collaborate with various well-known music acts, most notably and recently, The Waterboys. He is back in Ireland for a couple of good promotional reasons: the first is to plug his recently released sublime fifth album, The Easter Vigil; the second is to perform tracks from the Special Edition reissue of his acclaimed 2005 debut album, A Murder of Crows. Unappreciated textbook pop music is nothing new, but Chester’s scrupulous work bears reassessment. Explore at your pleasure. TCL

THE BLADES
Academy Dublin 7.30pm €30 ticketmaster.ie
A Blades gig before Christmas has become an annual tradition for the past four years, which – having reformed in 2013 after over 25 years as a fond memory – is proof of the band’s reconstituted staying power. This time last year, they released Modernised, their first album of new material in over 30 years. Unfortunately, it landed right in the commercial limbo of Christmas and New Year, but its quality hasn’t diminished a bit. Fans know what they are going to get – a failsafe tranche of classic 1980s pop songs such as Hot for You, Downmarket, Ghost of a Chance, and The Bride wore White interspersed with much fresher tunes. TCL

OTHERKIN
Button Factory Dublin 7.30pm €15.35 buttonfactory.ie
It’s great to see granite-tough Irish-based rock/pop music make a comeback in the way it has this year. Like a few other bands, Otherkin has made inroads with a recently released debut album , OK,  that lets off steam in a terrifically inappropriate manner. It started for the band about three years ago with a mash-up of influences, from The Clash to Queens of the Stone Age, and a commitment to a garage-punk aesthetic that marked them down as ones to watch. Job done – for 2017, at least. TCL

Eoin French’s music waves over you, grabs a hold and moves you. If you’ve ever seen him in action as Talos, you know this. His gentle yet powerful electronic music, featuring emotive vocals from the man himself, has been working its magic on the live circuit but with the release of his debut album Wild Alee in April, people can try predict which way the waves will take them in St Ann’s Church on Dawson Street but with Talos, the tide never repeats itself. LB

I AM THE COSMOS
Bello Bar, Dublin €10.85 bellobardublin.com
Dublin electronic duo I Am the Cosmos are celebrating the launch of their deadly Nothing But Love EP with what is bound to be a very sweaty set in the cosy basement venue. They recently played the Another Love Story festival in Meath and their set managed to bring a night that was already set at 90 up to 120. They will be joined by Move Slow Records and Damien Lynch on the night. LB

LEWIS CAPALDI
Academy Dublin 7pm €12.25 (sold out) ticketmaster.ie
Scottish singer Lewis Capaldi made such an impression on people in a stuffed compact tent at Electric Picnic just over two months ago that he was booked in jig-time to return to Ireland. The show quickly sold out, another sign that 20-year-old Capaldi – whose first single, Bruises, has been causing adults to admit teary defeat in the face of overwhelming emotional odds – is well on his way to mainstream success. In other words, the with man’s name cropping up on the long list for BBC Sound of 2018, you can guarantee the next time he performs in Ireland it won’t be in such a small venue. TCL

A Christmas journey of music from around the world, old stories told with a new twist and plenty of  Christmas joy, with tracks sung in English, Gaeilge, Swahili, Soweto, Zulu, Ndebele and more.