Alan Gilbert and the New York Philharmonic look to the future

Gilbert, conductor of the New York orchestra, will step down in 2017 after an innovative eight-season tenure that brought contemporary music to the fore. So, what next? 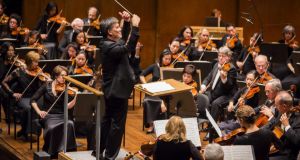 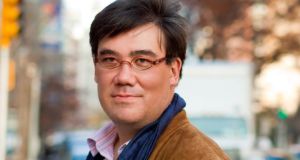 Alan Gilbert on conducting: ‘You try to feel what it is that you want the musicians to feel. If you start to feel tense or uptight, that becomes the mood in the room’

It was the talk of New York’s classical community earlier this year when Alan Gilbert announced he would step down as conductor of the New York Philharmonic Orchestra in 2017. In his office, high up in Avery Fisher Hall, the home of the orchestra at Lincoln Center, the issue is supposedly off-limits.

Given that the orchestra hasn’t played in Ireland for 19 years, the conductor’s future plans are not the first question I have in mind. The drama of it, though, is catching: so what’s next?

Gilbert is laid back about it. When the question inevitably comes up, he says he didn’t leave “in order to do something else, but I’m excited about the possibility of doing something else”.

He will have many options. When we meet he is conducting Mozart’s Don Giovanni at the Metropolitan Opera House, across the square. The following week, while still doing the Met show, I see him conduct the Philharmonic in an adventurous programme with the Silk Road Ensemble and cellist Yo-Yo Ma, at Avery Fisher. He also teaches at Juilliard, is married and has three children.

Gilbert’s eight-season tenure has been innovative. He is credited with bringing a youthful, ambitious design to the ensemble. Highlights include a collaboration with director Doug Fitch on semi-staged productions, including what the New York Times called “a groundbreaking performance” of Ligeti’s opera Le Grand Macabre and another of Stravinsky’s Petrushka, which starred ballet dancers and had the orchestra wearing costumes and dancing.

This production will be repeated on tour at London’s Barbican Centre following its Dublin performance.

“That is so new, nothing you would have seen 10 years ago at the New York Philharmonic,” says Gilbert. He is also known for championing new music, most notably by inaugurating the NY Phil Biennial, a festival based on the biennials of the contemporary-art world.

Gilbert is modest about these achievements. “If you look at the percentage of new work, it hasn’t gone up by what was done by my predecessors, although I do think there’s more attention paid to it.”

He admits there may have been a bit of “tokenism” to previous programming. “There’s something that I call the Boléro effect: if you play a new piece of music, you have to counteract it with something like Boléro or Beethoven. It might convince people to come, but in the long run the message is that maybe you don’t quite believe in all the music you’re playing.”

Gilbert believes in the contemporary condition perhaps even more than the classical standards. “It’s nothing less than the future of music we’re talking about,” he says.

In Dublin tomorrow, one of the pieces on the bill, Nyx, will be an Irish premiere for a contemporary composer, Esa-Pekka Salonen.

Dublin is the first stop on the spring tour and an Irish debut for Gilbert. He remembers reports from his musician parents, however, who both played in the Philharmonic when they last performed here.

A child of the orchestra

He was a child of the orchestra, who “more or less” grew up in and around it, before attending Harvard and Juilliard and earning his credentials first as musician and then as a conductor. Surprisingly, perhaps, he is the first native New Yorker to lead the group.

If there is anything distinctly Manhattan about the orchestra, he says as the sounds from Broadway outside filter into the office, it is the fact that “you can’t quite pin it down. There is a kind of energy and ambition that is characteristic of New York.”

He is also quick to praise the standard of musician who succeeds in New York. “For many orchestras, what the New York Philharmonic achieves in the first rehearsal is something they can only dream of achieving in concert. The level at which it’s possible to discuss music here is very fine, very sophisticated.”

Gilbert came to conducting later in his musical training, he says, although the anecdote that follows is of a teacher’s strong encouragement at age 17. Still, if you end up manning the cultural capital’s house band, musical training probably begins quite young.

“In one instant, the possibility of being a conductor became an area for me. Up until that point, it was always something someone else did. I didn’t know where conductors came from. There was a kind of mythical element to it.”

There can still be an unknown element to it, he agrees, particularly from the vantage point of the audience. Part of the job, he says, is to convey the desired feeling to the players. “You try to feel what it is that you want the musicians to feel, and there’s a sort of sympathetic connection. It’s uncanny, actually. If you start to feel tense or uptight, that becomes the mood in the room.”

His goal is for us not to notice his hand on it too much. “The best experience for me is for the music to speak for itself and for my agency not to be so apparent. Jumping around doesn’t necessarily mean that the players are giving everything. The point is to inspire them to give everything, and sometimes that is not obvious to audiences what is actually happening.”

He agrees, however, that even jumping around can be productive and that drama has its place in an orchestra, at least on the podium. “Sometimes you have to do that too, because it is theatre at the end of the day.”