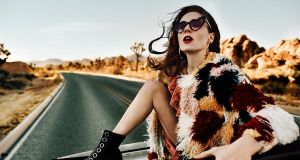 Le Boom
Róisín Dubh, Galway; 11pm; €10; roisindubh.net
Two years ago, Aimie Mallon and Christy Leech were but a faint whisper in the ear of a mainstream audience, but from then they have charmed the hotpants off anyone who cares to listen. Via radio tracks such as What We Do, Don’t Need it Now, and Coma, Le Boom has upped the ante for those who want a better standard of electro-pop delivered to them. Aside from this gig (as part of the Galway International Arts Festival), the duo performs at Beatyard (Dublin, Saturday, August 4th) and Indiependence (Cork, Sunday, August 5th). This late night gig also features Lumo Club DJs. TCL

Beardyman (Live) + Kevin Rowland (DJ Set)
Monroe’s, Galway; €20; giaf.ie
With the Galway International Arts Festival coming to a close, you may as well finish with a bang provided by the beatboxing DJ Beardyman and the Dexy’s Midnight Runners frontman Kevin Rowland. If you pair with the Caribou gig, your dancing needs will be fulfilled until at least mid-August. When Rowland hits the decks, expect a roll out of songs from the 1970s, mostly dipping into soul, rock and reggae, with the odd Dexy tune thrown in. LB

Caribou
Heineken Festival Big Top, Fisheries Field, Galway; 7pm; €49.50; giaf.ie
Canada’s Dan Snaith is many things to quite a few people: multi-genre musician, songwriter, DJ, and – here’s the twist – proud owner of a PhD in Mathematics. For a man who has admitted that the bedrock of his musical taste is the ‘spiritual’ free jazz of the 1960s/1970s (that’s Albert Ayler and Pharaoh Sanders, et al, to you), it is little surprise that Snaith grew up being obsessed with the song structure of jazz – the “harmony, theory and the scales behind it.” His show, as part of the Galway International Arts Festival, will likely feature banger tunes such as Sun, Our Love, Odessa, Can’t Do Without You, and Melody Day. Support is Blanck Mass, a side project of musician Benjamin John Power. TCL

Roseanne Cash
National Concert Hall, Dublin; 8pm; €35; nch.ie
There is pedigree, there is legacy, and there is Roseanne Cash. The eldest daughter of Johnny Cash, Roseanne has been working in music since her teens, initially as a background singer in her father’s touring band, and then as a solo artist. From her US major label debut album onwards (Right or Wrong), Cash has swerved from roots/country to folk/pop without so much as a hiccup, with extremely honest and introspective albums such as Interiors (1990), The Wheel (1993), Rules of Travel (2003), and The River & the Thread (2013) bending to no rules except her own. TCL

Hvmmingbyrd & Sinead White
Spirit Store, Dundalk, Co Louth; 8pm; €8; spiritstore.ie
Songwriters and singers Deborah Byrne and Suzette Das have been around as a duo for over two years, and have worked hard to get to the point where people sit up and pay attention. It’s a tough road they’re on, but they’re getting there with songs as catchy and classy as Legacy and If Love was Enough. Co-headliner Sinead White, meanwhile, is quickly making a name for herself in a solo capacity having previously been a co-vocalist with the likes of Daithi, and others. Two goodies for the price of one here. TCL

Jack O’Rourke
Coughlans, Cork; 8pm; €15; coughlans.ie
Cork songwriter, singer and musician Jack O’Rourke got off to great start two years ago with his debut album, Dreamcatcher, but as he says in his self-written press release for his new EP, Myth, the early “lavender and mahogany” sensibilities of his music is now taking him somewhere “between chrome and minimalism”. Myth sees this smart songwriter negotiate newer, just as beguiling avenues of creative expression, and tonight’s local show is its launching pad. TCL 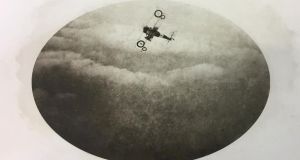 The guide: Our critics recommend... Visual art to see... 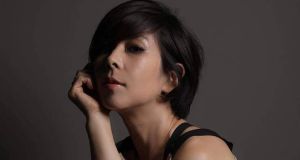 The guide: Our critics recommend... The best jazz in town... 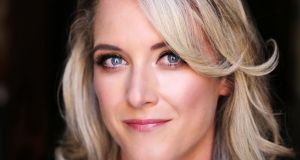 The guide: Our critics recommend... A soprano to hear at lunchtime... 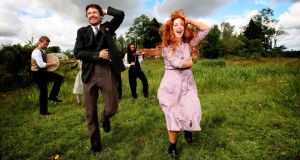 Graham Nash
National Concert Hall, Dublin; 8pm; €45; nch.ie
Here is a rarity – a songwriter that has been a member of two groups that has each played an important part in the development of pop/rock music in two separate countries. Nash began his life in music as a member of The Hollies (one of the most commercially successful British pop groups of the ‘60s) and then as a pivotal member of US ‘supergroup’ Crosby, Stills & Nash (a trio with an occasional fourth member, Neil Young, regarded as having generated a ‘golden’ era of American/Canadian singer-songwriters). Expect an evening of classic pop/rock/singer-songwriter fare. TCL

All In This Together featuring Sylk
Whelan’s, Dublin; €10; whelanslive.com
With proceeds going to Pieta House, All In This Together is a night of fundraising and music and, with sponsorship from The Rolling Donuts, plenty of free donuts too. Sylk, the darkened electropop duo from Dublin are headlining and they will be joined by the American singer-songwriter Elizabeth Moen and Maija Sofia, whose self-proclaimed witchery works wonders in her bittersweet and spellbinding songs.  Add Sofia to your list of Irish acts to keep an eye on. LB

Killswitch Engage
The Academy, Dublin; €32.50; ticketmaster.ie
It’s been two years since Killswitch Engage released their critically-acclaimed album Incarnate but as a touring band with legions of dedicated metal fans, they could hit the road just to show off a new pair of shoes and there would be no complaints. With vocalist Jesse Leach fully on the mend after surgery on his vocal chords that saw the band cancel dates back in April and May, consider this show a victory lap and a comeback. LB

Montauk Hotel
Róisín Dubh, Galway; 7pm; €5; roisindubh.net
As part of this venue’s Strange Brew Summer Shindig nights, Montauk Hotel performs a gig to celebrate their latest single, Hands. Last year’s self-titled debut EP (and two singles, Black Dress, and Sense of Place) introduced the four-piece indie-pop group’s vivid earworm music to the wider public. Following a crowd-pleasing performance on the Sony Xperia stage at the recent Groove Festival, the band is presently in the studio working on tunes from their forthcoming EP, which is scheduled for release in October. TCL

Ciúnas – A Quiet night
Connolly’s of Leap, Cork; €20; connollysofleap.com
It’s hard to put the price on a quiet night, except the good people in Connolly’s of Leap have done that for you. In the eye of the August bank holiday storm, you can take it handy here for 20 quid, while treating the venue like a film set. Join Moxie, Ye Vagabonds, Dowry’s éna Brennan  and Bear Bojack Thursday as they put together an intimate gig that will be captured by filmmaker Myles O’Reilly. LB

Indiependence
Deer Park, Mitchelstown, Co Cork; 2pm; €139; indiependence.tickets.ie; Runs until Sunday, August 5th.
This excellent open-air festival has been beavering away as a bona fide event for the best part of a decade (it was a free show in Mitchelstown’s town square from 2006-2008), and this year’s line-up takes it up a notch or two from 2017. Leading the fray are headliners Primal Scream, Jake Bugg, and Walking on Cars, with Kate Nash, Sigala, Everything Everything, Le Galaxie, Delorentos and Wyvern Lingo in hot pursuit. There is, as usual, a multitude of Irish acts, as well as spoken word, comedy, interviews (via Culture Vultures) and a new addition: Urban Village, which features the likes of Mango X Mathman, Kojaque, Erica Cody, Tebi Rex, JyellowL, and more. TCL

Castlepalooza
Charleville Castle, Offaly; €49 - €149; castlepalooza.com; Runs until Sunday, August 5th
With the surrounding ramshackle decadence of Charleville Castle, Castlepalooza is one of those festivals that finds the balance between the opposing ideals of intimate and wild. With All Tvvins and !!! (Chk, Chk, Chk) taking the headline slots and Ships, New Jackson and Boots & Kats taking care of the in between there’s plenty of late night dancing to be had, with quiet moments provided by Irish acts Seamus Fogarty,  Ailie Blunnie and Baba. As far as medium-sized festivals go in Ireland, Castlepalooza takes the crown. LB

All Together Now
Curraghmore House, Portlaw, Co Waterford; 2pm; €179.50/€75; alltogethernow.ie; Runs until Sunday, August 5th
Here’s the new 15,000 capacity festival kid on the block, brought to you by POD, the promoters originally behind Electric Picnic. For a first outing, this family-friendly event is hugely impressive and delivers a clear message that it is going to be around for some years to come. Across 10 stages, a Spiegeltent, hidden venues, and God knows how many acres of lush festival landscape, music acts of the calibre of Roisin Murphy, Fleet Foxes, Underworld, Chaka Khan, First Aid Kit, and Villagers will perform. Tons of non-music events include comedy, theatre, spoken word, visual artwellness, and food. TCL

Beatyard
Dun Laoghaire Harbour, Dublin; €59-€150; the-beatyard.com
Taking place on solid slabs of concrete and off-duty car parks of Dun Laoghaire Harbour, Beatyard is one of the few Irish festivals that comes with a no-mud guarantee. Throwing together a hearty mix of acts, including The Jacksons, Kamasi Washington, Little Dragon, Daniel Avery and Le Boom, there is pretty much something for everyone here. You can also party on out at sea with Trill, Lime & Fancy and Disco E Culture hosting different boat parties. Why not sure? LB