Made in the Balkans: the man blamed for starting the first World War

In a biography of Gavrilo Princip, who assassinated Franz Ferdinand, journalist Tim Butcher puts his crime in context and disagrees with Churchill’s verdict that he was the worst terrorist who ever lived 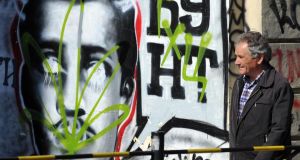 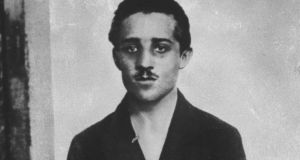 A photograph that was taken of Princip as he awaited trial. Photograph: Time Life Pictures/Getty Images 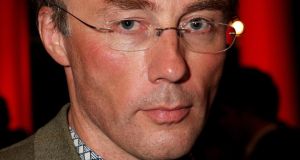 Tim Butcher (above) on the blaming of Princip for the war: ‘It was as disingenuous as if Britain after Lord Mountbatten was killed by the IRA in 1979 had declared war on Dublin’

The face of Gavrilo Princip, the man whose assassination of the Austrian-Hungarian archduke Franz Ferdinand sparked the first World War, filled the stage built in the Ottoman fortress in Banja Luka, in Bosnia and Herzegovina. In front of it, the British rock band named after the archduke played to thousands of young Bosnian Serbs in a city that during the Bosnian war was known as “the dark heart” of Serbian extremism.

In a photograph taken shortly after his arrest on June 28th, 1914, Princip’s “eyes are flat, moustache meagre, hair mangy”, writes Tim Butcher in his new biographical study of Princip, The Trigger. “Shouting to make myself heard, I asked all those standing near me in the crowd, but they had no idea who the man in the picture was,” says the English journalist and travel writer.

The Trigger traces Princip’s path from grinding poverty in Herzegovina through frustrated education in Sarajevo to ever-mounting anger against the occupier. Butcher also traces the fate of Princip’s reputation after a grim death in jail early in 1918, “emaciated by hunger, his bones eaten away by tuberculosis”.

In the years immediately after the war, his reputation in the Balkans, if not elsewhere, stood high – he was a Yugoslav hero in the 1920s and 1930s, and a useful one, for Tito’s post-1945 communist regime.

“He unleashed something that he could not control, like the sorcerer’s apprentice. He was naively grasping at nationalism,” says Butcher. “[For him] it was self-determination for everyone without answering the question of who gets to determine what,” adds the author, who now lives in Cape Town and who covered the Bosnian war for the Daily Telegraph.

The worst ever terrorist?

Princip’s action is blamed for sparking the war, one that left millions dead, even more injured and bereaved. For Winston Churchill, Princip was the worst terrorist who ever lived.

Butcher disagrees on all counts. The Austrians, he says, exploited the archduke’s death to lay the blame for his assassination at the door of Belgrade, which Vienna saw as a threat to the Hapsburg empire. “There were Austrian hawks – they saw an upstart nation next door in Serbia that was a worry for them. They said, ‘We must attack, destroy, crush’.”

Everything possible was done to present it as “a Serbian plot” – even down to changing the spelling of the names of Croats involved in the conspiracy to make them appear as Serbs. The existence of a Muslim, Muhamed Mehmedbasic – the only conspirator to escape – was never mentioned, even though he had been on the street with Princip that day in Sarajevo, ready to kill the archduke.

“It was as disingenuous as if Britain after Lord Louis Mountbatten was killed [by the IRA] in 1979 had declared war on Dublin. It is that disingenuous,” says Butcher. “The whole thing was based on manipulation. He wasn’t a Serbian nationalist. He was Bosnian. He was an ethnic Serb. He was a south Slav nationalist. There’s a difference.”

In late 1914, Serbia invaded Bosnia, coming within 20 miles of Sarajevo and hoping for an uprising there that would eject the Austro-Hungarians. The uprising never came. In the decades since, Princip’s actions have become shrouded in lies, misunderstanding and historical forgetfulness, along with the bitterness left in the Balkans by a succession of wars.

Little of this, he argues, suits the Downton Abbey projection common in some quarters today “that it was all so stable and lovely before the first World War, a period where everyone knew their place and were happy – the master at the table and the smith in the smithy. That’s absolute rubbish.”

Princip poses questions about political violence that are valid today – particularly the difference between assassination, or attacks upon soldiers, and terrorism. “The word ‘terrorist’ is used for him, but I don’t see him as a terrorist,” says Butcher. “A terrorist, for me, is someone who uses violence to terrorise a population. One who creates fear by indiscriminate killing of men, women and children. I see in Princip someone who did have a target.

“Princip is a killer, a murderer. I don’t have a huge amount of sympathy for a murderer, but I tried better to understand what drove him: the reality that he couldn’t get on in life. He did something that was no different from Jewish nationalists trying to create Israel, or Irish nationalists. It is that same mindset: get rid of the foreigner, this is our time.”

No hope for harmony

Nearly 20 years after the ending of the slaughter in the 1990s, Butcher sees little hope that Serbs, Croats and Muslims living in Bosnia – held apart by the Dayton peace deal – can exist in harmony. “I can’t see it being bolted back together. The wounds are so livid after the 1990s. It hasn’t been rebuilt,” he says, noting the riots that took place in Sarajevo just two months ago.

Bosnia’s young, “looking at their iPhones, want to engage with the rest of the world. They are very resentful of this image of the backward Balkans.”

The first World War led to the creation of Yugoslavia, the rise of extreme nationalism in Italy and Germany and then to the second World War, Tito’s Yugoslavia and “the splintering of the 1990s”. Eventually, the West was forced to intervene in Bosnia, rolling over the Bosnian Serbs in days after they had been dominant for three years.

However, the peace deal was flawed, as all such agreements are. Slovenia has joined the European Union, as has Croatia. Even Serbia has managed to move some distance forward. “Bosnia has been left behind because the Dayton structures have allowed them to starve each other of oxygen,” says Butcher. “They have their hands on each other’s throats. They haven’t gone blue yet, but one can’t do anything without the other, and they hate each other so much. They can’t even agree to pay for the lighting at the national museum.”

The death of friends

For Butcher, the war was a rite of passage, where he witnessed man’s inhumanity to man first-hand and suffered the loss of journalist friends who died in pursuit of a story.

The memories live, if the victims do not: for example, Ferida Osmanovic, the woman he found hanging from a tree after the Srebrenica massacre of Muslims by Bosnian Serbs. Her husband, Selman, was killed at Srebrenica, or in the surrounding hills in the worst massacre to have taken place in Europe since the second World War. So haunted was Ferida by the death of her husband that she abandoned her two sons, stole away in the night and hanged herself with a headscarf.

“The image of her purpling face, unflinching as flies settled on lifeless limbs moist with dew, troubles my sleep since. It became my symbol of private shame,” writes Butcher. He was – and is – disturbed by being a witness to horror yet unable to stop it.

Selman Osmanovic’s body was one of the thousands identified by DNA investigators working in a salt mine in Tuzla. Each year hundreds of bodies are recovered – relatives are told of DNA matches by email. “There is no one at the door with the quiet word.”

Today, the march by thousands to flee from Srebrenica across the mountains is commemorated by an annual march, filled with grief, laughter, music and tears. “Walking with those kids was like Glastonbury meets Auschwitz,” says Butcher. “You come over a crest of a hill and there’s a plaque to say that 620 bodies were found there.”

The region is spectacularly beautiful, and wild, offering a snatched sight of a wolf – “the greatest symbol of freedom” – before it disappears back into the shadows.

The Trigger: Hunting the Assassin Who Brought the World to War is published by Chatto & Windus. Tim Butcher is at the Lismore Immrama Festival of Travel Writing on June 14, lismoreimmrama.com