Kylie Minogue: The perfect Princess of Pop with 31 years of music

Our New VBF: It’s near impossible to pick her best era 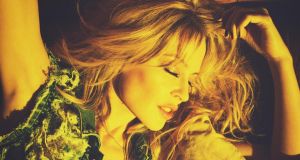 Picking a favourite Kylie Minogue song is incredibly difficult to do. Releasing music since 1987, we have had so many eras of Minogue – sometimes multiple eras fitting within one decade – that it’s hard to pick one song out of a thrilling and varied bunch.

In the 31 years of Kylie Minogue, we’ve had Perm Kylie, Hot Pants Kylie, Indie Kylie/ the Hanging Out with Nick Cave era, Christmas Kylie, Disco Kylie, Showgirl Kylie, Abbey Road Kylie and now Nashville Kylie. So many Kylies. We really should be so lucky.

For many people, the Princess of Pop is the ultimate, cross-my-heart-until-I-die VBF. The One. The Oracle. The Goat (that’s the greatest of all time to those not in the know). The popstar so good she doesn’t actually need a surname, that was until that Jenner one tried to rumble an icon by trademarking the name Kylie. This rumble failed because Kylie remains Kylie and Kylie Jenner is still Kylie Jenner. However, only one of them will land a spot on the coveted VBF list and that is Kylie Ann Minogue OBE.

In the 80s, we initially experienced Minogue as the dungaree-wearing mechanic Charlene Robinson in Neighbours but there’s only so long that a soap can hold onto a shining star like her. Taken under the wing of Stock, Aitken & Waterman, between the years of 1987 and 1992, she released five albums with Pete Waterman Limited (PWL) and 20 singles that mostly lived in the top 10 charts in Australia, the UK and Ireland. Singles like I Should Be So Lucky, Turn It Into Love, Especially For You, her exquisitely cheesy duet with her Neighbour hubby Jason Donovan, Hand on your Heart, Never Too Late, Better the Devil You Know and Give Me Just a Little More Time, each song more squeaky clean than the last.

But come 1994, she parted ways with Stock, Aitken & Waterman and PWL and began distancing herself from her turbo-pop beginnings. She released Kylie Minogue, an album that contains the taunting and twisted Confide In Me and draws on the British dance culture of the time, and collaborated with Nick Cave and the Bad Seeds on the band’s tragic murder ballad Where the Wild Roses Grow in 1995. Her 1997 album, Impossible Princess, was co-produced by James Dean Bradfield and Sean Moore of the Manic Street Preachers, and while it’s the lowest selling album of her career, it is potentially the low that she needed to reach the great heights of 2000’s Light Years.

Light Years brought us Spinning Around, which also brought us the gold hot pants she debuted in the music video, On a Night Like This, Please Stay and Kids, her duet with Robbie Williams.

Then came 2001’s Fever, which brought us Can’t Get You Out of my Head, In Your Eyes, Come Into My World and Love at First Sight. Our unstoppable Princess of Pop was back, drumming out sensual and joy-filled hits like Slow in 2003, All the Lovers in 2010 and Into the Blue in 2014.

Since the turn of this millennium, Minogue has fallen deeper into disco and electropop, delivering knowingly camp but perfectly formed hits that secure her as an eternal LGBT icon, a role that she plays so well. While her 2016 country-pop album Golden was more “yee-haw” than “yas queen”, Kylie Minogue is a treasure. The 50-year-old steps up to the podium and puts on a pop performance like no other, dusting over a 31-year long legacy that makes it impossible to pick just one song that truly represents her. To pick your favourite, you have to pick an era and that speaks volumes.