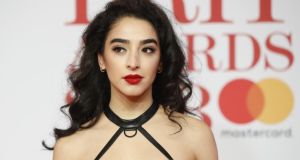 Where Myspace was responsible for so many millennial musicians kickstarting their careers, YouTube is where Generation Z go to get noticed. Kara Marni, like so many of her peers, started out by posting covers of her favourite songs to the video site but when she uploaded a cover of Minnie Ripperton’s 1975 hit Lovin’ You, she caught the attention of her current management team. Easily mastering Ripperton’s high whistle register, which is just one notch off only being heard by dolphins, she proved that she had the range and the ambition to move away from YouTube (as lucrative as that may be) and aim for a bigger stage.

The 20-year-old singer from East Finchley in North London looks up to the likes of NAO, Lauryn Hill, Erykah Badu, H.E.R, SZA, Ray BLK and Mahalia and with a slick balance of pop, soul and R&B, she makes music that celebrates that past and captures the now. Her debut EP Love Just Ain’t Enough was released on Access Records last year and it’s a slickly produced collection of songs that shows off her influences and her potential to be the next big thing... and our new VBF.

Born Antonia Karamarni, Marni claims to have started singing when she was just three-years-old, with her grandmother claiming that when she cried as a baby, she was really singing. Reared on her muso father’s vinyl and CD collection, she had easy access to a history of soul and R&B music, with Diana Ross, Roberta Flack and Chaka Khan featuring prominently.

Showing some fierce determination, she took it upon herself to enrol in the Brit School for Performing Arts, where Adele, Leona Lewis and Amy Winehouse are among its most famous alumni, only to drop out because she found that the “the competitiveness was quite toxic”. But life as a Brit School dropout has worked out quite well for her and it wasn’t long until the talent agency First Access Entertainment found her Ripperton cover and signed her up. Pairing up with producers The Invisible Men, who co-produced Iggy Azalea and Charli XCX’s number one single Fancy, she was ready to bring her songs to life and get to work.

Together, with a team of other notable hitmakers like MNEK, they created the punchy Love Just Ain’t Enough, which shows off her vocal abilities and the tongue-in-cheek feminist anthem Gullible, which is a great display of her sparky personality.  On the flirtatious and soulful Curve, she nods to her influences by sampling Dusty Springfield’s Spooky while capturing the dizzy feeling of young love. While she’s busy honouring the artists that came before her on her EP, her new singles are a clearer indication of who Marni is as an artist.

Lose My Love is a soul-searching contemporary R&B song that sees her push her voice to new places but Move… Move is the one. Diving into an R&B brat pack sound that TLC’s Lisa Left Eye Lopes perfected, Move sounds like summer with a playful take on Ludacris’s 2002 single Move B*tch, it has a retro vibe that her intended listeners (ones that will consider 2002 retro) will lap up. In this new phase of her career, Marni is taking more risks with her tunes and this increases her chances of invading and obliterating the charts.

Kara Marni plays Dublin’s The Grand Social on May 11th as part of Eastbound. Eastbound is a new music festival that’s taking place across Dublin between May 7th and 12th, with new and breaking artists filling the line-up. Tickets for Marni’s gig are €13.50 and are available to buy from Ticketmaster