Jarlath Regan: On My Culture Radar 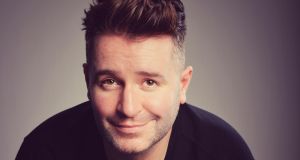 Jarlath Regan: Laura Whitmore has started her own podcast about podcasts called Castaway

Current favourite book
I read three or four books on the go, mainly biographies, as research for the podcast, so I mostly read for work. But I recently picked up Malcolm Gladwell’s Talking to Strangers and it’s the most timely book I’ve ever come across. It’s about how we interpret the behaviour of strangers, and believe the idea that you don’t have anything in common. He begins with the story of a young black woman in America who was stopped by the cops for making a lane change and put in jail, where she eventually killed herself – that’s the jumping-off point. The audio experience is unbelievable; Janelle Monáe composed a song for the book, and instead of it reading out quotes, he uses the actual audio or recreated conversations. It was probably more engaging than the written experience. I’m working on my own book, and that was a big takeaway for me.

Restaurant
There’s so much pretence to wealth in the UK, that when I return to Dublin, I’m slightly obsessed with having a spontaneous WowBurger, where you don’t have to book months in advance. I have to order the chocolate milkshake, which is so nice it should be illegal. After that, every burger and every type of chip is a top choice in my eyes. I couldn’t recommend it more.

Comedian
Zach Galifianakis is known as The Hangover guy, but he was the comedian that I saw in Kilkenny in 2004 and thought, I have to do this as a job. He was fearless, playing the piano and doing one-liners and berating his audience for not getting it, and I found it captivating. Comedians sometimes people-please – sometimes you’re in clubs so rough you just need to get out alive – but Zach does the opposite. And his jokes are so clever; a joke that other comedians would drag out over five minutes, he does in three seconds. I sought out all his DVDs, including one in a club in which the camera had fallen over, so only his feet showed. It’s a testament to how funny he is that I’ve watched the DVD many times.

City
There’s no contest – it’s Dublin. I’d happily be stuck in traffic in Dublin than be anywhere else. It’s got its problems, like any city, but it’s got a beating heart that you miss so much when you live away. I lived on Leeson Street Lower and loved living centrally. With London and New York, you have to pick a spot to exist in, but in Dublin you can jump on the 46A and be out at the Forty Foot having a dip, and in a very short space of time enjoy a match at Croke Park, then go to a cafe or bar with friends.

Actor
I said on Twitter that Paul Rudd was the greatest actor of our time, and the more I think about it, the more I think it’s true. He’s so malleable and so good at what he does. And he’s like a vampire: he doesn’t age and looks the same in Clueless as he does in Ant Man. Of Irish actors, Jack Reynor stands out. I’ve seen him in everything from What Richard Did to Midsommar. I’m glad to count him as a friend, but I can’t understand how he does what he does.

Podcast
Laura Whitmore is a friend of mine and she’s started her own podcast about podcasts called Castaway. She speaks to different people, and through her brilliant ability to interview, understands how they gravitate towards longform interviews and podcasts, whether it’s intricate deep-dives into unsolved crimes or listening to people who don’t speak that often.

Gadget
As a gadget that solves an issue, Airpods are the one for me. I do so much listening that they’re game-changing. The fact they have a pod to charge them while they’re in your pocket is brilliant.

Social media profile
I’m obsessed with NBA basketball, and @jumpmanhistory on Instagram shows footage of Michael Jordan you can’t find anywhere else. They show clips of small games that nobody watched and were broadcast on local TV. Yet this man was doing these incredible things and changing sport, not just basketball, for ever.

TV show
60 Days In on Netflix is a show about regular people who spend 60 days in prison to see what it’s like. It’s horrendous. In the same way as when you go and see a horror movie, you leave realising your life isn’t that bad. Most recently I’ve enjoyed Catastrophe, This Way Up and Motherland. I did a bit of work for Motherland, exchanging stories in a writer’s room.

Jarlath Regan presents An Irishman Abroad at the Sugar Club, Dublin, on November 21st as part of the Dublin Podcast Festival. dublinpodcastfestival.ie