Tóibín’s error when discussing the prose in genre fiction was to move from ‘I just get bored’ to ‘it’s blank, it’s nothing’ 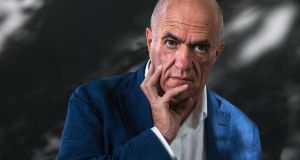 Colm Tóibín: “I can’t do thrillers and I can’t do spy novels. I can’t do any genre-fiction books, really, none of them.” Photograph: Simone Padovani/Awakening/Getty Images

That thing Voltaire didn’t actually say about defending loopy opinions to the death (I paraphrase) has gone out of fashion in recent years. Too often those loopy opinions now lean towards the incendiary.

We can, however, surely apply the not-Voltaire Maxim when considering Colm Tóibín’s recent comments about genre fiction. I will go further. I feel a contrarian urge to celebrate that novelist saying something that has become mildly unsayable. He wasn’t starting any jihads. He wasn’t sending anyone back where they came from. He was merely jawing about the books he didn’t much like to read.

If you’ve been anywhere near this newspaper in the last week you’ll know what I am talking about. “Which books do you feel are most overrated?” the Guardian asked him.

But he inadvertently (I’m guessing) strayed into far more controversial territory. “I can’t do thrillers and I can’t do spy novels,” he said. “I can’t do any genre-fiction books, really, none of them. I just get bored with the prose. I don’t find any rhythm in it. It’s blank, it’s nothing; it’s like watching TV.”

Here comes the paragraph of cowardly disavowal. I don’t agree with any of this. It’s hardly worth dragging out another list of names – dozens have been proposed over the last week – but the burnt-out case of Graham Greene is illustrative. Does his prose shift into blank arrhythmia when he moves from novels to (his own words) “entertainments”? Crime novelists in this organ and elsewhere have spent much of the last week arguing the case for other masters in popular fields.

Tóibín’s strategic error was, when discussing the prose in genre fiction, to move from “I don’t find…” and “I just get bored…” to the less qualified “it’s blank, it’s nothing; it’s like watching TV”. (He went on to confirm that he is among that elevated class of aesthete who doesn’t own a television.) Saying you don’t like thrillers is one thing. Suggesting the prose in all such novels is “blank” is another. Take that, Raymond Chandler. Do you want another, Dorothy L Sayers?

Even without that escalation, Tóibín would have been in hot water. Just look at the trouble Ian McEwan got into recently. “There could be an opening of a mental space for novelists to explore this future, not in terms of travelling at 10 times the speed of light in anti-gravity boots,” he said when discussing his new novel Machines Like Me. This was taken as a veiled criticism of all science fiction and – after much “I never liked McEwan anyway” – he was forced to clarify that he had great affection for Philip K Dick, Brian Aldiss, Ursula K Le Guin, Frank Herbert and others in the genre.

Good on you, Colm. I don’t share your antipathy to cloak-and-dagger yarns. I have, however, enjoyed watching the argument being made

The argument that genre fiction is the equal of high-snoot fiction is habitually made with revivalist fervour. Tóibín’s comments came a few days before – it is July after all – what we might mischievously describe as the start of literary marching season. The Booker Prize long-list occasionally allows in something a little like a thriller. It has even included a graphic novel. But the judges rarely list anybody whose book is sold from the “crime” or “science fiction” sections of the bookstore. Margaret Atwood’s The Testaments, sequel to The Handmaid’s Tale, surely qualifies as “speculative fiction,” but, rather than sharing space with Isaac Asimov or Ann Leckie, that novel, up for this year’s Booker, will sit in “fiction” beside less fantastical Atwood novels such as Cat’s Eye or The Blind Assassin.

So the evangelists for genre fiction have a real case – one that is made at this time each year. It is, however, rare to hear anybody daring to argue for the inherent inferiority of the popular stuff (suggesting, say, that the prose is “blank” or “nothing”). We know many literary gatekeepers believe this, but to explicitly say as much is to put yourself with those classical music enthusiasts who believe the Beatles to be talentless louts. You know what? That’s an opinion too. It’s worth hearing now and then.

Every week on Twitter someone will ask for your “outrageous book take”. We then learn that “Dickens is boring” and “Holden Caulfield sucks ass” and “JK Rowling is better than Jane Austen”. Those sorts of less than outrageous things. The argument that genre fiction (books about lady detectives and sentient trees) is less worthwhile than literary fiction (books about uncovering home truths at a family funeral) genuinely is so “outrageous” in this context that few dare make it.

Good on you, Colm. I don’t share your antipathy to cloak-and-dagger yarns. I have, however, enjoyed watching the argument being made.