Is jazz dead? It smells just fine to Brad Mehldau

The pianist doesn’t believe in fidelity to an ensemble or genre, having been influenced by classical, pop and rock, but jazz is the default lens through which he views his art 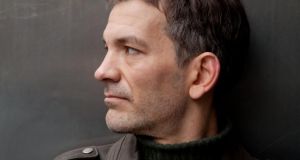 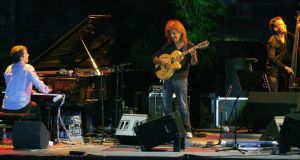 The ballad of Brad Mehldau is one with many verses. Over the years, this gifted player has spent time in action on many fronts.

There was the early spell as the able foil for Joshua Redman, before he decided to recruit his own trio and knock down some doors.

Then, there have been the occasions when Mehldau has left his trio at the station and swung hard for spells with guitarist Pat Metheny, drummer Mark Guiliana or bluegrass mandolin maestro Chris Thile.

But of all Mehldau’s turns, it’s those times when he goes to work solo at the piano that are the most revealing and rewarding for many listeners.

There’s a line of dramatic, striking and elegant beauty in the bare-bones setting. The lights go down, a hush falls over the stalls and Mehldau starts to weave and coax and tease some intricate magic from the notes and the spaces between.

Naturally, Mehldau believes all these different forms of expression are joined together at the fingertips.

“It’s very gratifying to do both solo and music-making with other folks. I find that they feed off each other. I often find that I take inspiration from something outside of the context I’m in.

“For instance, these days I am touring with a fantastic drummer named Mark Guiliana, in a project we have called Mehliana. I am playing synths and Fender Rhodes [electric piano] and we are using electronics.

Cross-fertilisation
“Last night at a solo concert in Amsterdam, I was aware that some of the musical gestures from the synth stuff I’ve been playing were rubbing off on the acoustic piano. And, of course, it goes the other way as well – the acoustic piano playing will affect the synth project, and more generally, solo will influence playing with other people and vice versa.”

The pleasure of the solo shows for Mehldau comes from the freedom he has to explore what he hears in his head with no one to answer to. There may not be a safety net to fall back on, but there’s no one else to watch or keep an ear on.

“There’s that factor of not having the responsibility of answering harmonically and formally to another musician,” he says.

“What that means is that, in real time, if I want to hang out and sit on one section of a tune or modulate and completely change the tonal centre or simply stop unannounced, I can do that without having to take someone else along.

“I have several ideas before I go out on the stage and I usually stick to half of them. Some things that I thought I would play I don’t when I get on stage, because of what takes place when I get out there.

“I try for a variety of mood and texture and sometimes, this narrative will come in the form of themes that reappear in the different tunes I’m playing, or harmonic devices, or rhythmic motifs. But it’s not something that is planned out.”

When it comes to directing the traffic when playing with others, it comes down to trust. “If you respect and trust the other musicians, then you should really just be a gentle managerial type as a bandleader: don’t try to push your vision too much and just try to stay out of the way of the process and make sure things run smoothly.

“Of course, that’s not a fixed rule, and one has to arrive at that point by having a relationship established with the other musicians. Sometimes you have to assert a viewpoint more strongly. I guess you always retain your own identity no matter what context you’re in. Sometimes I really enjoy being an accompanist or sideman as well. It’s a cool challenge to meld into someone else’s identity and still keep your own.

“With the trio, I’m the leader and it’s democratic in the sense that they have a certain amount of freedom. The thing with music is that sometimes emotions dictate roles in certain situations, whereby someone relinquishes their freedom completely and quite happily.”

There are also plenty of artistic and creative challenges involved in keeping the same band together.

“I’ve never believed in musical monogamy per se, and find it interesting and rewarding, for example, to hear about what Larry Grenadier and Jeff Ballard, with whom I’ve played for a number of years, are up to with other people.

“In general, I like to live around the edges musically and not get too comfortable. So that means for me working with other people, being part of someone else’s vision now and then, and also enjoying what the other guys are getting into outside of the context of my projects.”

That notion of living around the edges could also work for Mehldau’s magpie-like approach to his material. He’s an artist who takes this from jazz, that from classical and the other from pop or the great American songbook. It’s a method that has served him well, as it’s clear audiences are also comfortable with such musical promiscuity.

“Most people I know do not only listen to one genre of music,” Mehldau points out. “That would be a very strange world – there would be all of these dead silences at bars and coffeehouses in place of the conversations people usually have about music.

“When it comes to the songs I play, the same thing attracts me to any song, which is subjective and particular to each song. I don’t like the term ‘cover’ though. I’m trying to interpret other people’s material and bring my own thing to it through the interplay with the other musicians and the improvisation.

“I draw on a lot of classical music, pop and rock music and other stuff. I listen to it for pleasure and enjoyment, and then a lot of it filters out in my playing. With classical music, there’s a good three centuries of stuff to check out. It’s endless. Ultimately I think of myself as an improvising jazz musician and one of my talents, I guess, is assimilating all of that written stuff and making it part of what I do.”

emise
Jazz remains the default lens through which he views his art. Mehldau has noticed that a certain question about the “death of jazz” inevitably pops up at some juncture when he does an interview. Perhaps it’s time to flip the script and wonder if that narrative actually focuses attention on how healthy

many individual jazz scenes are.
“Well yeah, I’ll accept that theory for sure – whenever folks are questioning the health of the jazz scene, it is indeed often in the context of a discussion about something that’s going on here and now. I always wonder, though, if singer-songwriters or classical musicians get asked that question at every interview or if it is just something unique to jazz.

“Jazz gets a lot of media attention now that it didn’t before. They grab on to someone – not as much for their music but for their story or their image – and run with that for a while. The problem with that is it’s short-term. A lot of people in jazz seem to sort of come and go and disappear after a few years, just as with pop.

“Following Frank Zappa’s appraisal that ‘jazz isn’t dead; it just smells funny’, I would say that I think it smells just fine. It’s like cilantro – some people really like it and some people just can’t get with it.”

TV Guide: 30 of the best shows to watch this week
6

John Hume: The US connection and the making of a documentary
10