Irish Roots: In praise of an Irish genealogy blog

Irish Roots: Claire Santry’s blog is well worth a browse 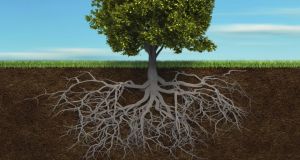 The pervasive hysteria about the internet killing off newspapers comes mainly from the Internet, whose native language is hysteria. Even so, writing a newspaper column praising a competing online blog seems uncomfortably like a turkey voting for Christmas.

But the column has to be written. Claire Santry’s Irish Genealogy News (irish-genealogy-news.blogspot.ie) is now absolutely essential for anyone who wants to know what’s happening in Irish genealogy.

Claire is a professional journalist specialising in heritage, history and architecture, and her approach to the blog is consummately professional, though it remains a labour of love rather than a job. That same professionalism is also evident in the clarity and objectivity she brings to writing and organising her material.

Begun what seems like a moment ago, in 2010, it was initially an offshoot of her “Irish genealogy toolkit”, an attempt to help others avoid the frustration she experienced when first doing her own research. But the number of posts to the blog grew steadily and regularly. Over the last 18 months, there has been an average of almost two posts a day, along with matching tweets – an extraordinary number for a family history blog.

Consistency, reliability and sheer stamina have made it the outlet of choice for any announcement of a publication or a record release or a conference. And the traffic to the site reflects that: on the Genealogy in Time listings, the blog is just outside the top 100 worldwide.

Genealogical emergencies are thankfully rare, and fast-breaking Irish family history news sounds like the ultimate oxymoron, but Claire has managed both to create and corner the market. She has even beaten me to the punch in announcing projects I was personally involved in.

For a while, this column was called a blog. Irish Genealogy News – now that’s a blog.

Martin Hayes: ‘Retirement is a terrible disaster if it’s something you love doing’
6

Dancing With The Stars backstage: ‘I’d love to see Danny Healy Rae out there’
7