From the archive: ‘A new form of music introduced from Africa probably’ 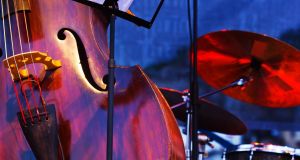 Ads in the newspaper in January 1919 featured everything from ‘exhibition jazz dances’ at a ballroom on Adelaide Road, to ‘jazz teas’. Photograph: iStock

November 25th, 1919
This new decade compels us to wonder whether it will be a rhyme of the 1920s, the Roaring Twenties, the Jazz Age. It’s also an opportunity to examine how the emerging jazz culture and movement was documented in The Irish Times back at the turn of that decade a century ago.

Ads in the newspaper in January 1919 featured everything from “exhibition jazz dances” at a ballroom on Adelaide Road, to “jazz teas”. In February of that year, a jazz band was advertised performing at a “Cinderella Dance” at the Grand Hotel in Greystones, organised by the Royal Ulster Agricultural Society. Jazz dances increased throughout the year, such as ones at Mills’ Hall on Merrion Row.

In May 1919, we begin to see changes in fashion being reflected in the newspaper. One advertisement stands out, by Robert and Co, Limited at The Fashion Centre on Grafton Street, an ad introducing “the very latest design in Jazz Dress. This beautiful garment as illustrated, is in Silk Stockinette, the tunic is trimmed with deep fringe, Sailor Collar, and plain silk Underslip.”

The ad encapsulates the emerging trends at the time, dispensing with bulkiness to display a much more free and slick form, along with the fringe accent, a defining element of the flapper-style dresses. In the illustration, it’s hard to tell whether the hair is tied up by itself, or with a band, or what would become the ubiquitous flapper cap of the time.

In July 1919, a journalist wrote that folk dancing may in fact be on the way back in. “The ‘jazz’ and its variations, ‘The Joy Trot’ and the ‘Vampire’, may not, after all reign supreme in the dancing halls next winter. A serious effort is being made across the Channel to revive popularity of some of the older dances . . . These dances, we are told, are ‘simple and graceful’ – attributes which many people deny to the ‘jazz’.” At this point, jazz was very much framed as a dancing style with accompanying bands.

The predicted return to decorum was not to be. By October, Fry’s Cafe on Grafton Street was making a virtue out of volume, “Great attraction for this week. Rag, jazz, trot, and melody. The nosiest Band in Town. Every afternoon, 3.30 to 6.30. Come and hear it.”

The music was so intense it captured the personality of the performers  . . . The drummer had a variety of instruments ranged about the drum, and he made noises on them in turn

On November 25th, 1919, a report ran in the newspaper about an application for a music and dancing license for a premises on 35 Dawson Street in Dublin (the same building is now an event space called Venue 35). The applicant, John Mandeville, was ex-Navy, and having won distinction serving, had been “demobilised” and set about establishing a dancehall in the capital.

It’s here that we get a fascinating insight into how jazz dancing and music was being grappled with in mainstream, conservative society.

“The applicant said that when he came to Dublin he found that there was no place such as that to which he was accustomed to go for dancing in England. Several people complained of the lack of high-class entertainment. He met a gentleman who undertook to start dancing if he were financed.

“It was his intention to run a high class form of dancing at high prices, and the manager would have the right of refusing admission to anyone to whom he might object.”

At this point, the report includes direct quotes from the licensing hearing, regarding what music would be heard in the venue.

The Recorder – What is ‘Jazz’?

Sir George Fottrell – It is a new form of music introduced into these realms from Africa probably.”

The band in question was already playing at Cafe Cairo on Grafton Street, the cafe which gave it’s name to the Cairo Gang, the British intelligence agents sent to Dublin to spy on the IRA, who often met there.

“The band, which included two coloured men, was brought from London,” the article read, “ ‘Jazz’ was a term mostly applied to noise.

“The music was so intense it captured the personality of the performers, and they made grimaces. The drummer had a variety of instruments ranged about the drum, and he made noises on them in turn.”

The racism embedded in the report is also intense. When asked whether jazz was an attraction at a nightclub in London, the “witness” at the license hearing “replied that he had not been at a night club. The ‘jazz’ was said to have been introduced in America by a n*****, who was afterwards lynched. (Laughter).”

The venue was off to a tentative start, with the Recorder saying that the hall would be monitored by the Vigilance Committee and the police “and if it were found that it could not be carried on without suggestion of immorality he would give no license”.