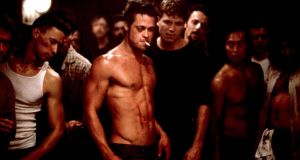 Obviously I am not a boomer, but, if I were, you would expect me to be permanently apoplectic about some outrage that young people – Gen X, millennials, Gen Z, that lot – were unjustifiably accused of perpetrating. You know the sort of thing.

There was that story last week about Generation Z fire-hosing disdain at millennials for wearing skinny jeans and reading Harry Potter. A quick search finds NBC advising “What boomers can learn from millennials about changing the world”. Business Advisor has decided that “our grandpa’s walking shoes are the latest millennial and Gen Z status symbol”. They’re spooning this stuff out by the gallon.

Here’s something that really does annoy me about young people. The promiscuous brandishing of generational cohorts in all media – social, mainstream, informal – has become a disease of the stupid modern age. This annoys me about older people as well. You see it in the Financial Times as often as you see it on TikTok (probably). A fellow can’t buy himself a fig roll without some amateur demographer pouncing from the neighbouring aisle to declare his purchase “a signifier of Gen-X malaise”.

The irritation is heightened by vagueness about definitions. You will still find fat old fellows reaching for the word “millennial” while complaining about teenage bus passengers blasting tinny audio through smartphones. Prepare yourself for a shock. The oldest millennials will, by one respectable definition, be enjoying their 40th birthdays this year. Not so many centuries ago, Generation Z (or whatever newly hatched adults were then called) would have been preparing to abandon these poor old folk on the next ice floe.

Meanwhile anybody who has passed their mid-30s is now rendered an acceptable target for the wearying “okay, boomer” quip. It is hardly worth pointing out that men with clipboards tell us no Baby Boomer will again see 55.

Whatever Brad Pitt or I think, Baby Boomer births now extend to the end of 1964. Generation X nativities end in 1981. And so on

None of which is to suggest that the formal definitions make much sense either. At no stage in the first four decades of my life did I see myself as being a Baby Boomer. The title itself excluded me from membership of the same club that welcomed David Bowie, Liza Minnelli, Donald Trump and Ted Bundy. Making sense, like most other terms in this article, within the US, the name referenced the surge in births that immediately succeeded the second World War. Given that the birth rate had already gone into decline by 1957, my arrival six years after that – the war already drifting into history – could hardly be part of the Baby Boomer conversation.

As I have mentioned in this place before, those of us born in the mid-1960s felt ourselves on the shoulder between the boomers and Generation X. The terms had some use in codifying the concerns and tastes of a tightly defined age group. Boomers were, to put it simply, the generation that came of age in the 1960s. They were old enough to have been a target demographic for Sergeant Pepper’s Lonely Hearts Club Band, but not so old that The Beatles’ lengthening facial hair suggested the imminent arrival of social Armageddon.

Generation X had a similar relationship with Nevermind by Nirvana. I hadn’t yet gone to primary school when Sergeant Pepper came out. I got on well with Nevermind, but, closing in on 30, some part of me was already muttering: “It’s good, but it’s no Unknown Pleasures.” Me and the rest of the Shoulders.

Over the past decade, the marketing wonks for whom this stuff is intellectual fertiliser have hardened the definitions and – notwithstanding the “hey, boomer” mob – spread those amended diktats about the general populace. Whatever Brad Pitt or I think, Baby Boomer births now extend to the end of 1964. Generation X nativities end in 1981. And so on.

So overpowering is the current obsession with generational cohorts that it has eaten the whole 20th century and is working its way back through the Victorian era. The legion that fits between the Greatest Generation (now not just those who fought in the war, but anyone who was an adult at the time) and the Baby Boomers has been retrospectively classified as the Silent Generation. This is almost certainly news to Ringo Starr, Bob Dylan, Bernie Sanders and my mother. The Lost Generation once applied to those creative Americans who decamped to Paris after the first World War. Now it means anybody born between 1883 and 1900.

How have we fallen for this? This incessant need to divide human beings into mutually antagonistic cells – the term “cohort” originated as a military unit – can bring nothing but discord. The generations are, if anything, less culturally divided than they were in the 1960s or the 1920s. The age divisions are certainly no more clean-cut than they have ever been.

The new Balkanised generational wars are the creation of advertising executives and social scientists. Don’t let them win. Don’t let them impose Boomer status on Brad and your current Shoulder. Make up your own generation. Shake free.

‘I don’t like Jack Reacher that much’: Lee Child and fellow crime writers on their creations