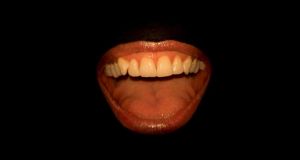 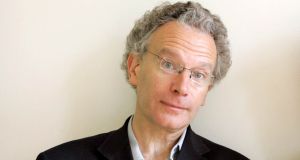 Catching up with and being caught up in Eimear McBride’s ferocious and fearless A Girl Is a Half-Formed Thing. The unconfined joy of The Gloaming. Mikel Murfi’s deeply moving performance in Ballyturk and Ciaran Hinds’s in The Night Alive. Lorrie Moore’s impeccable and inimitable stories in Bark. The rapturous linguistic landscape of Sebastian Barry’s The Temporary Gentleman. Finally getting to see some kabuki in Tokyo.

The Government’s malign neglect of the arts and culture: not a red cent extra in the budget; no action on the sale of the Bord Gáis Energy Theatre; the John McNulty and Imma-board farce; allowing the National Library of Ireland and National Museum of Ireland to approach collapse. And perhaps the worst single line I’ve heard in the theatre: “I think I’m a bee,” in John Patrick Shanley’s faux-Irish drama Outside Mullingar, on Broadway.

Lisa Dwan’s performance of three short Samuel Beckett plays – Not I, Footfalls, Rockaby was startling in its power, originality and virtuosity. There’s been nothing quite like it before. Also in Beckettland, Adrian Dunbar’s magical-mystery-tour production of Catastrophe at Happy Days Enniskillen International Beckett Festival.

Ministerial blather about how much we value culture. Maybe “we” do, but you certainly don’t.

Not quite unsung, but unplayed: the great Tony McMahon’s farewell to music leaves a silence in the air.

The Druid/Mark O’Rowe version of Shakespeare’s Henry plays should be a dangerous walk on a high-wire strung between “these islands”.