Why was ‘Last Tango in Paris’ rape not a scandal before now?

Maria Schneider said in 2007 she had ‘felt a little raped’ by Brando. It took Bertolucci’s admission to make it a scandal 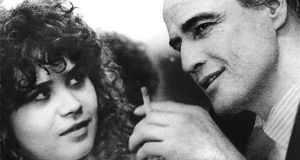 A blog post by Film Correspondent Donald Clarke . . . There are many questions to be asked following the belated revelations concerning Maria Schneider’s apparent mistreatment on the set of Last Tango in Paris in 1972. Why did this only become news when Bernardo Bertolucci confirmed something that Schneider had been saying for decades?

In the patriarchal empire of cinema a woman’s testament is as nothing to that of a man. More particularly, a woman who never became a proper star will not be granted the credibility of a powerful director with many awards upon his groaning shelf. We might also ask why, even after Bertolucci confirmed the offence three years ago, it took so long for the statement to become news.

It sounds as if the attendees at the public interview rather expected that sort of outrage to happen on the set of Last Tango. That I can understand. Released in a grubby era, during which male artists frequently abused and distorted the advances of the sexual revolution, the film always came across as an unpleasant celebration of patriarchal dominance and an argument for Narcissism as therapy.

Poor wee Marlon Brando has lost his wife. We should, therefore, excuse him treating this unfortunate teenager like dirt. There was a lot of this in supposed intellectual circles at the time. Read some Charles Bukowski if you doubt it.

Anyway, here’s what happened. As all readers of a certain generation will know, Last Tango in Paris features a notorious scene in which Brando’s character (because his wife’s dead or something) anally rapes Schneider on the floor of a Parisian apartment. He famously uses a scoop of butter as lubricant.

As long ago as 2007, Schneider, 19 when the film was shot, said that the butter sequence was sprung on her without warning. Here’s what she said:

“I should have called my agent or had my lawyer come to the set because you can’t force someone to do something that isn’t in the script, but at the time, I didn’t know that.

“Marlon said to me: ‘Maria, don’t worry, it’s just a movie,’ but during the scene, even though what Marlon was doing wasn’t real, I was crying real tears. I felt humiliated and to be honest, I felt a little raped, both by Marlon and by Bertolucci. After the scene, Marlon didn’t console me or apologise. Thankfully, there was just one take”

In the public interview, Bertolucci went no further than to confirm pretty much what Schneider stated above. “The sequence of the butter is an idea that I had with Marlon in the morning before shooting,” he said and then went on to state that Schneider had never forgiven him.

“I think she hated me and also Marlon because we didn’t tell her that there was that detail of the butter used as lubricant,” he said.

Wretched behaviour by bullying directors is not unusual. Indeed, like top chefs, film-makers are almost expected to be professional lunatics. Think of William Friedkin on The Exorcist. He unexpectedly discharged a revolver to get a reaction from Jason Miller. He actually walloped Father William O’Malley in the face to make him cry.

The abuse on the set of Last Tango seems of a different order altogether. Two middle aged men were, essentially, conspiring to sexually abuse a young woman. Schneider, who died in 2011, never quite escaped from the trauma of the experience. O’Malley now wryly laughs about Friedkin on DVD extras for The Exorcist series.

Women will still tell you appalling stories about male domination of the entertainment industries. But there has definitely been a shift in attitudes. The notion that, say, Daniel Day Lewis and Paul Thomas Anderson (I pick those two decent fellows simply because they are of similar standing to Brando and Bertolucci) might conspire to abuse a woman on the set of a major film is now, thankfully, hard to conceive.

In 1972, however, we were just emerging from an era that had kicked all sexual mores into the dust. On the upside, sexual liberation allowed young people to escape from the strictures that bound their parents. On the downside, women now found themselves expected to give into the advances of predatory men. Who wants to be called a square?

Last Tango in Paris was controversial for the right reasons and the wrong reasons. Local government in the UK and the US sought to ban the thing (obviously, it was banned outright here) simply because it was sexually explicit.

Many feminists read it correctly. The problem wasn’t the nudity and the language. It was the suppression of the female voice and the adulation of male dominance. (At this stage, few in the media knew what happened on set). The National Association of Women were probably right when they denounced Last Tango as a “tool of male dominance”.

And yet it won over most reviewers. Pauline Kael’s unqualified rave helped make the film a critical sensation. So positive was the notice that the distributors printed it in full beside advertisements for screenings.

“Tango has altered the face of an art form,” she wrote. “This is a movie people will be arguing about for as long as there are movies.” She then went on to compare its opening to the first night of Stravinsky’s The Rite of Spring. Steady on there, Pauline.

At the end of the decade, Roger Ebert was one of many critics who named Last Tango among the best film of the 1970s. It took a long time for the truth to seep through critical membranes, but that does seem to have happened. In the last Sight and Sound poll — in which hundreds of critics are asked for their favourite film — Last Tango in Paris came in at number 894. Just one critic voted for it.

Read this and other articles on Donald Clarke’s Screenwriter blog. See also @donaldclarke63