The next James Bond might be black, but he won’t be Idris Elba

Elba is already too old, but a black, Asian or female actor could succeed Daniel Craig 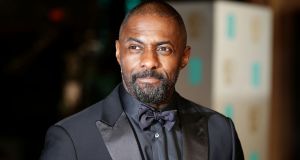 First things first. Idris Elba is not about to be named as the next James Bond. It is unlikely Idris Elba will ever play James Bond. And there is not a shred of evidence that the producers are moving in that direction. Okay?

The current chatter about Elba’s candidacy for 007 is absurd by even the standards of silly season. Here’s what happened. The Daily Star reported that Antoine Fuqua, director of the upcoming The Equaliser 2, had heard Barbara Broccoli, veteran Bond producer, argue that it might be time for a black actor as Bond. The newspaper then reminded us that – according to whom, exactly? – Idris Elba had long been in the running for the role. Fuqua reportedly expressed his own view that Elba could do the job. Nowhere here is there even a suggestion that Broccoli made specific mention of Elba.

So there is nothing more than vapour to the rumours. Of course there isn’t. Eon Productions, which controls the franchise, is not going to undermine Daniel Craig’s position by announcing – or even considering – a new Bond before the upcoming 25th episode has begun shooting. Indeed, they will move no gears until after Bond 25’s release in October, 2019 and a subsequent confirmation that Craig is not to return.

That brings us to early 2020 and a consideration of why Idris Elba is out of the running. It’s nothing to do with the colour of his skin. Elba will then be 47 and, by the time any 26th film is released, he will be closing in on 50. Yes, Roger Moore was 57 when he finally hung up the Walther, but people – including Roger Moore himself – had been making jokes about his age for years. So that’s not a very useful comparison.

Eon will want the next Bond to serve for the guts of a decade and are unlikely to employ an actor who will retire at, well, retirement age. They could rewrite the actor as a wearier character – “I’m getting to old for this,” he creaks while grasping the small of his back – but the desire to pull in younger audiences will almost certainly rule out that option. The Bond people are likely to cast someone no younger than 35 and no older than 45.

For all their caution, Eon may, however, be open to the possibility of a black actor playing James Bond. The exhausting reactionaries who, when such suggestions are made, emerge from the cigarette ash to whinge about “Bond in the books” should be ignored.

The original James Bond was an imperial racist from the 1950s who Ian Fleming twice described as looking like the haggard, angular entertainer Hoagy Carmichael. Fleming was faintly appalled by the casting of Sean Connery, but he eventually came round to the idea. No James Bond on film has matched the author’s original description.

The essential elements to the Bond persona are sparse. He is cold and ruthless. He has a steely sense of humour. Despite enjoying too much booze (no fags anymore, of course), he is fit enough to fling a bald megalomaniac over the lip of a hollowed out volcano without collapsing into breathlessness. He’s a bit less of a sexist than he used to be, but he still likes more leg-over than the priapic next guy.

Physically, he has been as much of an Edinburgh milkman as Connery, as much of a male model as George Lazenby and as much of a Cheshire hod-carrier as Daniel Craig. So there’s no continuity there. It would, in the current climate, require no significant recalibration to send Bond into action as a black or Asian man. Such agents exist. It would not even require a reboot similar to the one that accompanied Casino Royale’s release.

To return to our Fleming bores, casting Bond as a black or Asian man in a contemporaneous version of the stories – set in the aftermath of the Suez crisis -- would alter the dynamics, but that’s not what happening. So, shut up. (And that sounds like an interesting idea, anyway.)

Elba would have been great: clever, charismatic, ruggedly funny. But his time really has passed. Never fear. The array of black British actors who aren’t Idris Elba has never been tastier. John Boyega is still a little young. Daniel Kaluuya is closing in on the right age, but might not be quite mean enough. The two actors to watch out for are surely Chiwetel Ejiofor and David Oyelowo. Both can manage suavity and concrete aggression. If the process moved at the pace mentioned above then either two – just past 40 – could give Eon the decade of Bond they desire.

Or might they pick a woman? It seems unlikely. Obviously it would be great to see the post-Gamergate collective head explode at the suggestion. But that really would involve the creation of new character altogether. Women don’t need male roles to be altered to accommodate them. (The Doctor in Dr Who, as a shape-shifting alien, is a different case.) They need their own characters.

All of which is a way of saying that a spin-off franchise featuring Emily Blunt as 008 could be completely awesome. And I’m betting it would make money. You can have that advice for free, Barbara.

One World: Together at Home – the Irishman who helped get Lady Gaga to say yes
3

The Beatles split: ‘I was shattered’ – Paul Weller, Booker T and more on the the band’s abrupt end
8