The new Once? The next Adam & Paul? Galway Film Fleadh unveils 2019 line-up 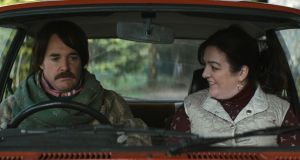 It has always been tricky to predict what’s going to emerge most strongly from the programme at a Galway Film Fleadh. That’s the thing about a festival that thrives on the new and the unexpected. Over the past three decades the event has confirmed its role as the key portal for new Irish features. Somewhere in this year’s line-up, which was announced at the Galmont Hotel on Tuesday evening, we may find the next Once or the next Adam & Paul. You never know.

There will be many eager eyes on Ivan Kavanagh’s long-gestated western Never Grow Old, which closes the event, on July 14th. The director of Tin Can Man and The Fading Light has Connemara double for California in a tale of the gold rush starring John Cusack and Emile Hirsch.

Already a smash at the South by Southwest Film Festival, in Austin, Mike Ahern and Enda Loughman’s Extra Ordinary stars Maeve Higgins in a comedy about a driving instructor with supernatural abilities. Higgins will join her costars Will Forte and Barry Ward for a Q&A after the screening.

It’s also worth keeping an eye on Dathaí Keane’s Finky. The creator of the TV series An Klondike casts Dara Devaney in the tale of a puppeteer who gains a kind of redemption after suffering an accident in Glasgow. There are no signs that the picture will fit into any cosy categories. Colour us intrigued.

It has been a long time – 15 years, in fact – since Karl Golden’s The Honeymooners emerged to an Ireland not yet used to local romcoms. Golden has remained busy and touches down in Galway with an intriguing project called Bruno. Diarmaid Murtagh and Scarlett Alice Johnson appear in a drama about a man propelled on to the streets of London after a tragedy.

Other new Irish features include Shelly Love’s A Bump along the Way, a “wholesome, sex-positive” comedy starring Bronagh Gallagher, and Steve Barron’s Supervized, featuring Tim Berenger and Fionnula Flanagan as apparent superheroes in an Irish retirement home. Flanagan, a Fleadh regular, will be in the house.

Fresh from raves at Sundance, Sophie Hyde’s Animals, starring Holliday Grainger and Alia Shawkat, concerns two pals kicking about a colourful version of contemporary Dublin. The buzz around that film is already deafening.

Irish documentaries include Paul Duane’s Best Before Death, that director’s latest missive from the court of the art oddball Bill Drummond, Michael McCormack’s Breaking Out, a belated celebration of the musician Fergus O’Farrell, and Ciaran Cassidy’s Jihad Jane, a revelatory film about the madness that resulted from the “war on terror”.

As ever, many of the international releases that have made noise at earlier festivals make their first Irish appearance at the Fleadh. There will be feverish enthusiasm for Joanna Hogg’s The Souvenir. Starring Tilda Swinton and Honor Swinton Byrne – mother and daughter in the real world – the picture has already attracted breathless notices for its dissection of romantic traumas in Bohemia.

Lulu Wang’s The Farewell, featuring Awkwafina in the tale of a warring Chinese family, competed with The Souvenir for the title of best-reviewed film at Sundance 2019. The Fleadh will see them again locked in friendly competition.

There will be famous people. James Schamus, renowned producer of so many Ang Lee films, will deliver the keynote address at the Fleadh Forum and will receive the Galway Hooker award, the Fleadh’s lifetime-achievement gong.

Tyne Daly, whom we assume to have deep Irish roots, is in town to speak about her new film, A Bread Factory, Parts One and Two. She will also – and this sounds delicious – discuss Cagney & Lacey before a much-loved episode of that 1980s cop show, which she starred in with Sharon Gless.