Terry Jones, Monty Python star, dies at the age of 77

Actor and comedian, who had dementia, directed Life of Brian, among other films

Actor and comedian Terry Jones had died aged 77, Jones became famous for his roles in hit movies with Monty Python such as Life of Brian and The Holy Grail. 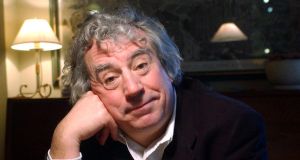 The Monty Python star Terry Jones has died at the age of 77. The actor and comedian, who had dementia, directed some of the comedy troupe’s most-loved works, including Life of Brian.

He appeared in the TV series Monty Python’s Flying Circus in a variety of characters, and was known for his performances in drag.

In 2016 it was announced that Jones had been diagnosed with dementia.

A statement on behalf of his family said: “We are deeply saddened to have to announce the passing of beloved husband and father, Terry Jones.

“Terry passed away on the evening of 21 January 2020 at the age of 77 with his wife Anna Soderstrom by his side after a long, extremely brave but always good humoured battle with a rare form of dementia, FTD.

“Over the past few days his wife, children, extended family and many close friends have been constantly with Terry as he gently slipped away at his home in North London.

“We have all lost a kind, funny, warm, creative and truly loving man whose uncompromising individuality, relentless intellect and extraordinary humour has given pleasure to countless millions across six decades.

It feels strange that a man of so many talents and such endless enthusiasm, should have faded so gently away...

Of his many achievements, for me the greatest gift he gave us all was his direction of 'Life of Brian'. Perfection

Two down, four to go

Farewell, Terry Jones. The great foot has come down to stamp on you. My god what pleasure you gave, what untrammelled joy and delight. What a wonderful talent, heart and mind

36 years ago I met Terry Jones. I was meant to interview him. I asked for tea, so he opened a bottle of Chablis & got me drunk. He was funny, brilliant and honest. He was irrepressible and is seen here repressing the very young me. Rest in Peace, Terry. You were an inspiration. pic.twitter.com/fNBJZwOFcX

A very fond farewell to Terry Jones: Not only 1/6 of the Pythons, Mr Creosote, Arthur Two Sheds Jackson, Dino Vercotti, Mandy Cohen, Prince Herbert, Cardinal Biggles & the Nude Organist, but also esteemed director of all time comedy classic; 'Life Of Brian'. He will be missed. pic.twitter.com/PeBDlvGfsD

The Monty Python star Terry Jones has died at the age of 77. Here he is talking about 'Life Of Brian' in 1979. For more Monty Python archive clips, you can visit - https://t.co/RvURbsc5VE pic.twitter.com/97rZaXgyWF

“His work with Monty Python, his books, films, television programmes, poems and other work will live on forever, a fitting legacy to a true polymath.

“We, his wife Anna, children Bill, Sally, Siri and extended family would like to thank Terry’s wonderful medical professionals and carers for making the past few years not only bearable but often joyful. We hope that this disease will one day be eradicated entirely.”

The statement added: “We ask that our privacy be respected at this sensitive time and give thanks that we lived in the presence of an extraordinarily talented, playful and happy man living a truly authentic life, in his words ‘Lovingly frosted with glucose’.”

The Welsh-born star suffered from primary progressive aphasia, which affects the ability to communicate.

Jones directed Monty Python and the Holy Grail in 1975 with Terry Gilliam.

The group’s Life of Brian film in 1979, about a hapless man mistaken for Jesus, was attacked as blasphemous at the time but has since been voted the funniest classic comedy in a poll compiled by the magazine Total Film.

Jones also directed The Meaning of Life in 1983, the Pythons’ last film together.

His other credits include The Wind in the Willows in 1996, with performances from Eric Idle, Michael Palin and John Cleese, the 2015 comedy Absolutely Anything, and Personal Services, from 1987.

He took part in a reunion of remaining Monty Python members in 2014; Graham Chapman had died of cancer in 1989.

He had two children with Alison Telfer, whom he married in 1970, and became a father again, at the age of 67, with Anna Soderstrom, his second wife. – PA