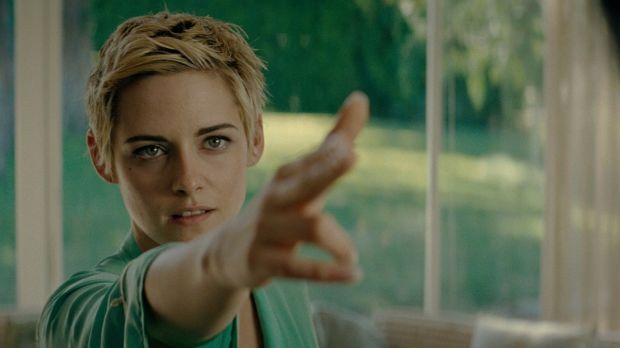 Stewart, who normally has screen presence to burn, has little to do beyond sitting under a pixie cut

There’s plenty of superficial quality to admire in this select biopic of the French New Wave icon, Jean Seberg. Kristen Stewart heads a starry and capable cast in a drama that focuses on Seberg in the late 1960s, at a moment when her sympathy for the Black Panthers and other civil rights groups made her a celebrity target for the FBI COINTELPRO project.

We say focused and yet this wan film feels adrift from the get-go.    The beats ought to form a more compelling narrative than they do. In 1968, Seberg leaves her husband Romain Gary (Attal) and young son in a tumultuous Paris so that she might audition for Paint Your Wagon. On the plane, she meets African-American activist Hakim Jamal (Mackie). They become lovers and she becomes a donor to the cause.

Acting under orders from Hoover, a promising but conflicted young FBI agent named Jack (O’Connell) begins surveying the Iowa-born star. He is rather more sympathetic than his colleagues (Vaughn and Meaney) when the agency’s efforts make for an increasingly paranoid Seberg, but there’s no undoing the damage.

The COINTELPRO episode is but one of many intriguing episodes in Seberg’s life. Sadly, the late actor, who travelled first to Hollywood and then to Paris where Jean-Luc Godard’s À Bout de Souffle made her a star, is scarcely a presence here.

Stewart, who normally has screen presence to burn, has little to do beyond sitting under a pixie cut. Rachel Morrison’s cinematography is glittering and the cast work hard, but the script by Joe Shrapnel and Anna Waterhouse fails to grant Jean Seberg any agency in her own story. Her revolutionary sympathies are presented as incidental. Her descent happens at breakneck speed.

Too much of the story is, with a nod to The Lives of Others, handed over to the Bad Guys, without any of that film’s emotional resonance. Roles occupied by Margaret Qualley and Zazie Beetz are less than pointless.