Described by many critics as “glacial”, Barry Lyndon is among Kubrick’s more emotionally engaged films 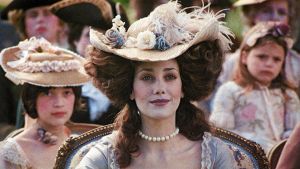 One will still occasionally hear it whispered that this saga of an 18th-century Irish rogue is among Stanley Kubrick’s more underrated films. It has surely been some time since this was the case. On release, coming four years after the hopped-up A Clockwork Orange, Barry Lyndon – about which the word “glacial” was often used – was not universally adored, but it has now settled securely into the canon. Indeed, it is rare to hear a dissenting voice.

Kubrick came to William M Thackeray’s novel after failing to make films of the same writer’s Vanity Fair and of the life of Napoleon. The research did not go to waste. For good or ill, discussions of this director’s later work focus on his obsession with immersing himself in other universes: outer space, the future, Vietnam. One half-suspects that his taste for bland lead actors – Ryan O’Neal here, Tom Cruise in Eyes Wide Shut, Keir Dullea in 2001: A Space Odyssey – signals a determination not to distract from the staggering art design.

John Alcott won an Oscar for his famous candlelit photography. The late Ken Adam, production designer, deserved an Oscar, but had to settle for a nervous breakdown. “Oh yes, a terrible breakdown,” he told this writer 10 years ago. “We were working these incredibly long hours. And there was the closeness to Stanley, who was so completely disorganised.”

The result was, of course, terribly beautiful and, from what we can judge, relentlessly authentic in its recreation of fashion, interiors and manners. The Irish locations look wonderful as themselves and just as good when impersonating other bits of Europe.