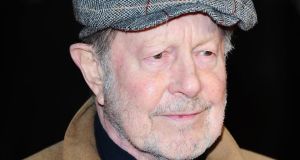 Film director Nicolas Roeg, whose key credits include Don’t Look Now and The Man Who Fell To Earth, has died at the age of 90.

His son Nicolas Roeg jnr said the British director and cinematographer had died on Friday night.

Sci-fi flick The Man Who Fell To Earth (1976) famously featured David Bowie as an unhappy alien.

Roeg’s last major film was The Witches, in 1990, which starred Angelica Houston.

Director Edgar Wright was among those paying tribute to Roeg. “Farewell to the extraordinary cinematic talent, director Nicolas Roeg. His films hypnotised me for years and still continue to intrigue,” he wrote on Twitter.

“Along with classics like Performance and Walkabout, I could watch Don’t Look Now on a loop and never tire of its intricacies. A master of the art.”

Bowie’s son, the filmmaker Duncan Jones, said Roeg had left behind “an incredible body of work”. “Just heard another great storyteller, the inimitable Nicolas Roeg left us today,” he wrote on Twitter.

“What an incredible body of work he’s left us with! All my love to his family. Thank you for making so many brave choices, and giving this strange little lad in pyjamas an ongoing love of filmmaking.”

The BFI (British Film Institute) described Roeg was a “true great”. “RIP to Nicolas Roeg, a pioneering force of cinema who created some of the most affecting moments of beauty, terror and sadness ever seen. A true great if ever there was one,” the BFI said. – PA