Hunt for the Wilderpeople review: super all-ages adventure with a hint of danger 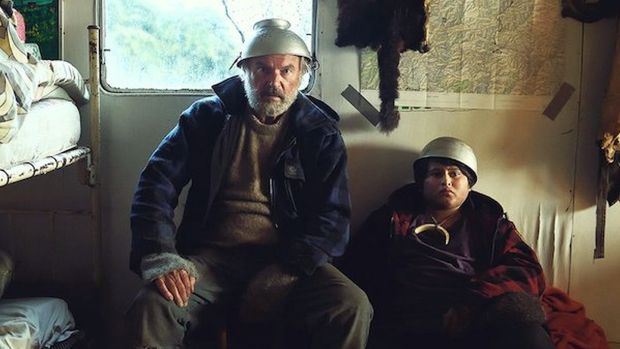 On the run: Sam Neill and Julian Dennison in Hunt for the Wilderpeople

Film Title: Hunt for the Wilderpeople

The pair have just bonded when Bella dies unexpectedly, leaving Ricky in the care of gruff “Don’t call me uncle” Hec (Sam Neill). Terrified at the prospect of being returned to the unkindly Paula, Ricky soon takes off into the New Zealand bush with Hec in pursuit. They’re deep in the forest when Paula and her bumbling police sidekick Andy (Kightley) find the empty house, and the comically inept child services duo draw their own wild conclusions. A national manhunt ensues.

Can Ricky and Hec stay ahead of the posse?

The film is based on Wild Pork and Watercress by Barry Crump, and the director, Taika Waititi, brings the same winning, dry Kiwi wit that flavoured his earlier hits (Eagle Vs Shark, What We Do in the Shadows) to an all-ages adventure pitched somewhere between The Goonies and Bear Grylls.

Sam Neill is marvellous as the no-nonsense Hec (“If you get hungry, eat your dog”) who warms to his younger companion, but only at a geological pace. At 13, Dennison is already an award-winning actor; here he offers a brilliantly calibrated deadpan with undertones of innocence.

As the mismatched duo make their way through epic New Zealand scenery, all the while bickering (“Majestical is not a real word!”), they encounter bounty hunters, a beautiful young Maori horsewoman (Tioreore Ngatai-Melbourne) and a reclusive loon played by Rhys Darby.

Waititi puffs up the mythology of the place only to pop it like a balloon. Ricky takes to the outlaw lifestyle – he does have a dog named Tupac, after all – but in the end thinks twice. Sweeping cinematography (by Lachlan Milne) and playful editing (by Luke Haigh, Tom Eagles and Yana Gorskaya) make the adventure all the more majestical.