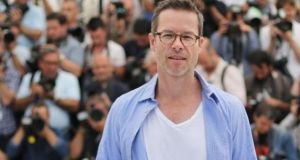 Guy Pearce has suggested he was groped by Kevin Spacey when the pair appeared together in the 1997 film LA Confidential.

In an interview with Andrew Denton on the Australian talk show Interview,Pearce was asked for his thoughts on working with Spacey. The actor replied: “Yeah? yeah. Tough one to talk about at the moment. Amazing actor; incredible actor. Mmm. Slightly difficult time with Kevin, yeah.” He then added: “He’s a handsy guy.”

Spacey has been the subject of multiple accusations of sexual assault and misconduct since 2017, when actor Anthony Rapp claimed Spacey assaulted him in 1986 when Rapp was 14.

Rapp alleged that Spacey had invited him to a party in his apartment, and then “laid down on top of him”. Spacey subsequently apologised via a post on Twitter, saying he did not remember the incident.

Police in London and Los Angeles are investigating a series of other allegations against Spacey, including an alleged sexual assault in West Hollywood in 1992, and complaints against the actor while he was artistic director of the Old Vic theatre in London between 2004 and 2015.

The Old Vic apologised in November, revealing it had received 20 allegations of inappropriate behaviour, and that a “cult of personality” had contributed to the organisation’s failings.

Production of Spacey’s hit TV show House of Cards was suspended in the same month, and the actor subsequently fired. Spacey was also dropped from the cast of the Ridley Scott drama All the Money in the World, and replaced by Christopher Plummer.

Pearce is the most high-profile industry figure to make such claims about Spacey, who apart from responding to Rapp has made no comment about the allegations. Spacey’s most recent public statement was also in November, when a representative said the actor was “taking the time necessary to seek evaluation and treatment” and “no other information is available at this time”.–Guardian