Review: The brutal, murky American tragedy has been reissued for its anniversary 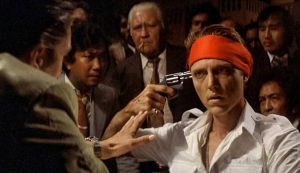 John Milius, screenwriter of Apocalypse Now and director of Conan the Barbarian, once claimed that “the Vietnam veteran – because he lost the most, because he did it seemingly for nothing – will become the most romanticised war hero in American history”.

He might have been talking about Michael Cimino’s powerful, sprawling, politically murky 1978 film, The Deer Hunter, which is reissued this week in a restored version for its 40th anniversary.

Jane Fonda, in her Hanoi Jane heyday, denounced the picture as racist, even though she admitted to not having seen it. Three hours before it won the Academy Award for Best Picture, 13 members of Vietnam Veterans Against the War, protesting against the film’s wildly inaccurate “interpretation” of history, were arrested outside the Los Angeles Music Centre.

Izvestia, the paper of record in the Soviet Union, denounced the film as “an attempt at arousing compassion for the invaders” in which “the aggressors and the victims changed places.” LA Weekly called the film “a criminal violation of the truth” in which “all non-Americans are sweaty, crazy, vicious and debauched”.

Revisiting the film some 40 years after its release, the Russian roulette scenes – arguably Cimino’s most impactful contribution to cinema – are undeniably brutal and Orientalist. The entirely unfounded sideswipe demonstrates that, with imperialist prerogative, history can be rewritten by the losers.

Before they ship out Steve marries his girlfriend Linda (Meryl Streep), even though she is pregnant by somebody else (before his death in 2016, Cimino confirmed that Nick was the father).

In Vietnam, the friends are taken captive and tortured by the Vietcong, who force them to play Russian roulette. The war and the psychological abuse takes a toll. Steve returns in a wheelchair. Mike begins to question his fascination with deer hunting. Nick remains in Saigon where he plays Russian roulette for money. Mike attempts to save him, to no avail.

The grass was browned with chemicals and leaves were pulled from the trees so that Vilmos Zsigmond – the late Hungarian cinematographer who also shot McCabe & Mrs Miller and Close Encounters of the Third Kind – could render Pittsburgh as steely and autumnal.

Cavatina had been written for the 1970 film, The Walking Stick, by British composer Stanley Myers, but was popularised by The Deer Hunter: three different versions were top 20 hits in the UK in 1978.

The real art, however, is in the method. Cimino instructed the props department to mock up photographs depicting the main six actors together as children. Pennsylvania IDs were fashioned for each of them.

Streep wrote her own dialogue to remain close to her fiancée, John Cazale, who had been diagnosed with cancer. Cazale had starred in five films over a period of six years, all of which were nominated for the Academy Award for Best Picture: The Godfather, The Conversation, The Godfather Part II, Dog Day Afternoon and The Deer Hunter. His scenes were shot first, and he died before filming was completed, lending an even greater melancholy to a very American tragedy.