The Endless: A cult movie that could become a cult movie

Review: Aaron Moorhead and Justin Benson’s crafty film sits in a category all by itself 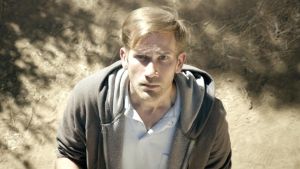 If you’re wise enough to engage with the third film from the talented Aaron Moorhead and Justin Benson – directors of the excellent Spring – then be aware that, although much doesn’t make sense, the film-makers assure us there’s a linear plot in there somewhere.

In this sense, rather than surrealists of the Lynchean school, Benhead (as I’m calling them from now) belong with crafty puzzlemasters such as Shane Carruth. Like that director’s Upstream Colour, The Endless scatters clues that will come fully together only after several viewings. Yet the film is never frustrating. Its ability to finesse and misdirect set it in a category all by itself.

It takes a while for the mysteries to set in. The directors play brothers who share their forenames. As the film begins, Aaron and Justin, who have enjoyed a decade away from the sinister cult in which they spent adolescence, receive a video from a young woman who is still within the group’s embrace.

Despite grim memories of castrations and collective delusions, our two heroes, inexplicably intrigued by talk of “the Ascension”, make their way back to the ranch for a day or two. The welcome is not unqualified. Aaron and Justin have soured the cult’s reputation with the media and – I may have got this bit wrong – damaged its brewing business.

The directors make brilliant use of the viewer’s own self-doubt. When the boys note that a particular cultist is at least 20 years their senior, we think that, perhaps, we have the wrong one in mind. We haven’t.

Neither Aaron nor Justin notices that nobody seems to have aged in the camp. Birds gather peculiarly in the sky. Strange hemispheres form themselves in the southern California desert. We know we’ve really gone over the edge when a madman appears alive beside his own hanged body.

It steadily becomes clear – well, clearish – that the film is to do with being trapped in cycles. This might, on first viewing anyway, have seemed like an unsatisfactory pay-off had the directors not exploited their meagre resources with such skill. The cinematography is fluid. The performances are cool and precise. The film itself is worth forming a cult around.