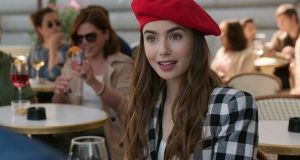 10 Teaching was Jerry Kiernan’s vocation; in 30 years he never missed a day

14 Covid-19: We've made substantial progress but are a long way from where we need to be

15 Richie Power: ‘To me, Kilkenny’s problem is at the roots’

20 Miriam Lord: Healy-Rae scooting around and giving the Honda 50 a run for its money

21 Beyond the guidelines: How not to get Covid-19 this weekend

22 Ireland’s lost golf courses: What happens when the gates close?

24 Oscar Wilde, my grandfather, ‘talked himself into prison’

26 Cliff Taylor: Travel restrictions to toughen as another year of staycations looms

27 Garda trauma: Sean was a garda for six weeks when he saw his first body

28 One year on: Coming from Wuhan is now a source of pride but many remain wary

31 ‘Try and keep me out’: Biden officially invited to visit Ireland

32 Remote working ‘revolution’ bringing people back to towns and villages

35 Behind Her Eyes: Eve Hewson could have found star-making role in Netflix thriller

37 Coronavirus search: See how Covid-19 is spreading in your area

39 A Kerala Kitchen curry for the weekend