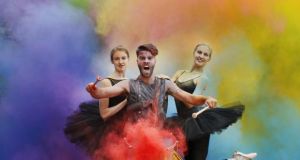 The Department of Culture, Heritage and the Gaeltacht has an extra €36 million in 2019, an increase of 12 per cent on 2018. Capital expenditure accounts for €21 million of that, with €15 million for current expenditure (a 6 per cent increase), to make a total departmental expenditure of €339 million on culture, language and heritage in 2019.

Arts Council funding increases by 10 per cent to €75 million, including over €6 million in current funding, double the increase of 2018. Minister Josepha Madigan said the increases were “tangible evidence of the importance attached to our cultural and creative heritage under Project Ireland 2040” and demonstrated the Government’s commitment to double arts and culture spending by 2025.

Arts Council chairwoman Ms Sheila Pratschke welcomed its funding of €75 million, demonstrating “a genuine understanding by Government of the important role of the arts”. She thanked Ms Madigan “for her determination in representing the needs of the sector in the recent budget negotiations”. The investment affirms the “commitment to place the arts and culture at the centre of government policy”, said Ms Pratschke.

Last year there was some disquiet about the Arts Council’s 5 per cent budget increase of €3 million for 2018, especially given the Taoiseach’s promise to double cultural spending over seven years.

Creative Ireland is to get an additional €1.2 million, bringing its budget to €€7.2 million.

The National Campaign for the Arts (NCFA), which representing artists and arts workers, welcomes the increases in cultural investment, and specifically the increase in Arts Council funding, given its central role in supporting artistic creation across Ireland. NCFA chairwoman Angela Dorgan said it was “significant progress towards the restoration of the Arts Council’s pre-recession allocation, which has been dramatically cut since 2008, causing untold damage to the arts sector in Ireland”.